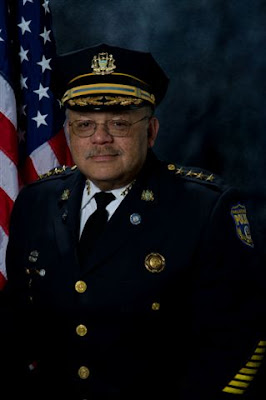 Ramsey was on Tuesday forced to cancel a community discussion at the Eastern State Penitentiary after demonstrators from the Black Lives Matter movement interrupted him with shouts of "racist police."

"I think it's ignorant to do things like that," Ramsey said Sunday after host Chris Palmer played a video clip of the confrontation.
"But I also think the people that are serious in this movement are missing an opportunity to really make a difference," Ramsey continued.


You can read the rest of the piece via the below link;

I interviewed Commissioner Ramsey about homeland security for Counterterrorism magazine a while back. You can read my piece via the below link: