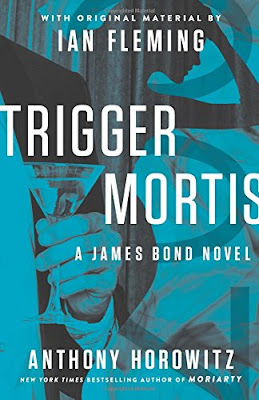 Jack Crone at the Daily Mail offers a piece on Anthony Horowitz's comments about his fellow James Bond continuation writers.

The prominent author, whose Bond novel Trigger Mortis is published on Tuesday, has suggested his rivals failed to immerse themselves in Ian Fleming's world like he has done.

His controversial comments come just days after he was forced to apologise for claiming black actor Idris Elba was 'too street' to play Bond.

Horowitz, a dedicated fan of Ian Fleming's spy novels, told The Sunday Times: 'They brought Bond into their worlds whereas I have immersed myself into Bond's.'