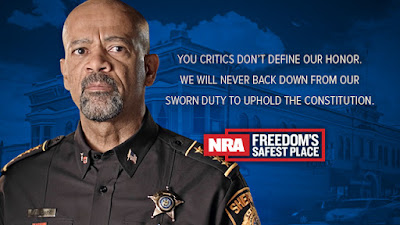 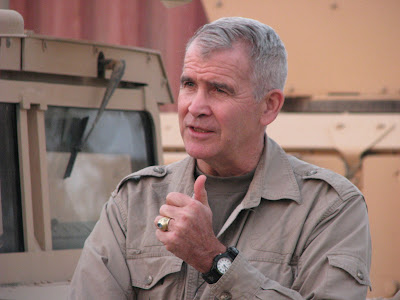 ....“The young Americans who raised their hands to fight radical Islamic terror deserve a commander-in-chief as courageous as they are,” North says. “They volunteered to fight an enemy you won’t name … and many gave their limbs and lives to win ground you surrendered. No previous generation of American soldiers, sailors, airmen, guardsmen or Marines have been sent into harm’s way by political leaders so unwilling to define what matters most: victory!”

North concludes by detailing the kind of president Americans must elect next November.
“These are my heroes, willing to fight and die for my freedom,” he says. “And I demand a commander-in-chief worthy of such sacrifice. I’m the National Rifle Association of America. And I’m freedom’s safest place.”
... Sheriff Clarke, a strong Second Amendment advocate, addresses those Americans who have become overly critical of—even antagonistic toward—our nation’s law-enforcement personnel in a spot titled “My Honor.”
“You critics don’t define our honor,” Clarke says. “You try to shame us for doing our job. You teach children to fear us, crowds to attack us and good people to doubt us. But we will never back down from our sworn duty to uphold the Constitution of the United States of America.”
Clarke adds that it is the American law-enforcement officer who wakes up every day, straps on a gun and goes into the mean streets to protect and serve all citizens.
“We are Americans, and we are the American police officer,” he says. “We stand with the National Rifle Association of America, and the NRA stands with us. Together, we’re freedom’s safest place.” 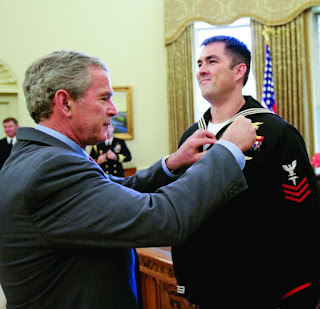 You can read the rest of the piece via the below link:
http://www.americas1stfreedom.org/articles/2015/9/23/warriorwire-marcus-luttrell-ltcol-oliver-north-and-milwaukee-county-sheriff-david-clarke/

You can watch the Luttrell, North, Clarke and other videos via the below link: