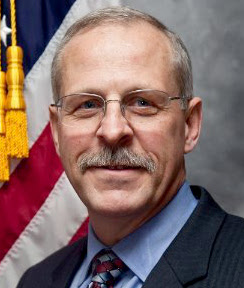 With Narcos, a dramatic series about the take down of Pablo Escobar, who is perhaps the world's worst criminal, airing on Netflix, Robert Rorke at the New York Post offers a piece on former DEA Special Agent Steve Murphy, who helped bring down Escobar.


It’s no accident that Boyd Holbrook is playing DEA agent Steve Murphy on “Narcos.” Their paths had crossed before, genealogically, when Holbrook played William “Cap” Hatfield — Murphy’s great-uncle.
“I’ve never told anyone that,” says Murphy, who’s recuperating from shoulder surgery.
Now that he’s famous, he gets stopped in restaurants in the Washington, DC, area where he lives, and requests for speaking engagements through the National Law Enforcement Speakers Bureau have increased.
But he wants to stress that even though he and his partner Javier Pena (portrayed by Pedro Pascal) dismantled the Medellin cartel — and brought down Pablo Escobar — he does not consider himself a hero.
“The real heroes were the Colombian national police,” he says. “Javier and I were just lucky to be there. We’ve probably done a couple thousand interviews and one of the questions we’ve been asked is, ‘Do you think your actions had a positive effect?’ And I say, ‘Only for a week or two.’ The cocaine trade continued. There are so many people waiting to step up. People with no conscience driven by greed and ruthlessness.”
You can read the rest of the piece via the below link:
http://nypost.com/2015/09/28/meet-the-real-life-narcos-fed-who-brought-down-pablo-escobar/
Note: Yes, the drug trade continued after the death of Pablo Escobar, but this drug lord went to extremes in murdering police officers and innocent people. He even blew up a plane and murdered the Colombian Minister of Justice.
Posted by Paul Davis at 1:25 PM