Papal Security: The Delaware Valley Intelligence Center In Philadelphia Will Watch Over The City During Pope's Visit 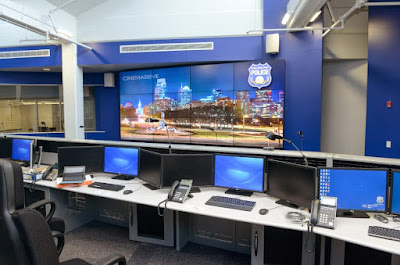 Dan Cuellar at 6abc.com offers a report on how the Delaware Valley Intelligence Center (DVIC) in South Philadelphia will provide security during the Pope's visit to Philadelphia.

All of the preparations and precautions for Pope Francis' arrival come down to one thing: safety for him and people in the city.In operation since 2013, the Delaware Valley Intelligence Center has gained a lot of experience with keeping the residents of Philadelphia safe.However, the pope's visit may prove to be the "Real Time Crime" department's biggest test yet.Inspector Walt Smith of the Philadelphia Police Department said they're up for the challenge."Up on top, we have an array of Parkway cameras, we're gonna have several cameras along the parkway," said Smith.With the assistance of high-tech cameras placed around the city, officers from city to federal levels are able to monitor all events taking place 24/7.

You can read the rest of the piece and watch the video news report via the below link:

You can also read my Counterterrorism magazine piece on the Delaware Valley Intelligence Center via the below link:

http://www.pauldavisoncrime.com/2014/02/fusing-counterterrorism-crime-and.html
Posted by Paul Davis at 11:14 AM