On This Day In History: In 2001 America Came Under Attack 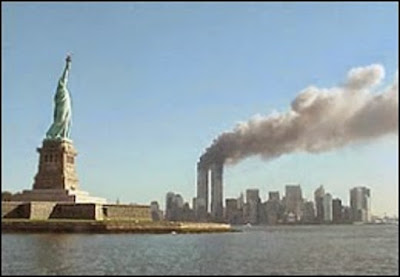 History.com offers a look back at the horrific terrorist attack on this day in 2001.

At 8:45 a.m. on a clear Tuesday morning, an American Airlines Boeing 767 loaded with 20,000 gallons of jet fuel crashes into the north tower of the World Trade Center in New York City. The impact left a gaping, burning hole near the 80th floor of the 110-story skyscraper, instantly killing hundreds of people and trapping hundreds more in higher floors. As the evacuation of the tower and its twin got underway, television cameras broadcasted live images of what initially appeared to be a freak accident. Then, 18 minutes after the first plane hit, a second Boeing 767–United Airlines Flight 175–appeared out of the sky, turned sharply toward the World Trade Center, and sliced into the south tower at about the 60th floor. The collision caused a massive explosion that showered burning debris over surrounding buildings and the streets below. America was under attack. 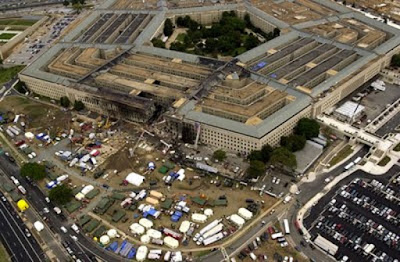 You can also read my Counterterrorism magazine piece on the 9/11 attack on the Pentagon via the below link:

And you can read my Crime Beat column on an NYPD cop's 9/11 after action report via the below link:

Labels: 911 terrorist attacks on Pentagon and World Trade Center, history.com, On This Day in History, terrorism