An Israeli Perspective Of Homeland Security 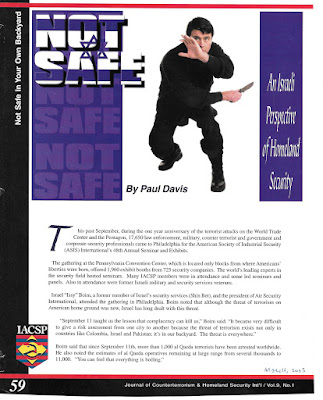 Back in September of 2002, on the one year anniversary of 9/11, I attended the American Society of Industrial Security's annual seminar in Philadelphia. On assignment for The Journal of Counterterrorism & Homeland Security International,  I interviewed a number of current and former intelligence, security law enforcement and military people, including two former members of the Israeli security services and a former Israeli Special Forces commando.

As the Israelis have dealt with terrorism far longer than the U.S., I thought the Israeli perspective was interesting.

You can read my piece above and below: 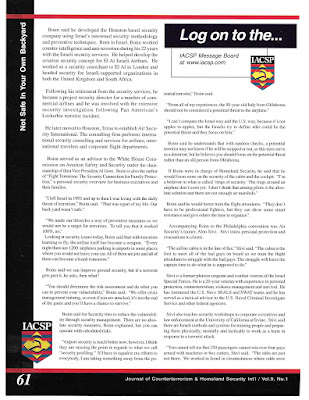 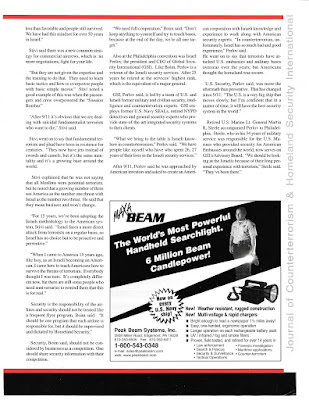 Note: You can click on the above to enlarge.
Posted by Paul Davis at 11:47 PM