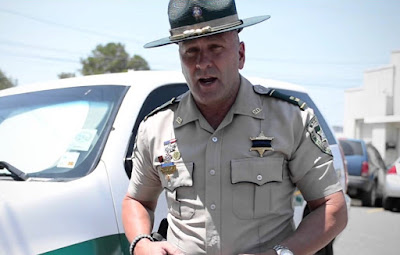 Foxnews.com offers a look at the blunt video a Louisiana police captain made for gang members.


A Louisiana police captain's extremely blunt message to local gang members is quickly going viral.
Capt. Clay Higgins directed his warning at the Gremlins gang, explaining that ten suspected members have been arrested, but seven remain at-large.
The fugitives are accused of committing murders, thefts and drug-related crimes. In many cases, however, victims declined to cooperate with police.
Higgins warned the wanted gang members that they will be brought to justice.
"If you raise your weapon to a man like me, we'll return fire with superior fire. ... I'll meet you on solid ground anytime, anywhere, light or heavy, makes no difference to me. You won't walk away," he said.
And he urged the community not to live in fear of the gang and to come together to "take back" the streets.