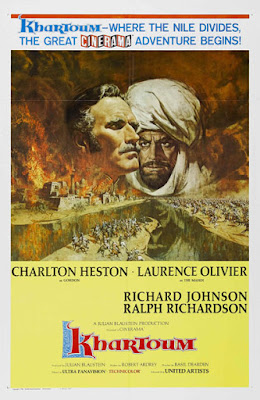 Cinemaretro.com offers the original trailer for Khartoum, a film I enjoyed when I was a teenager in 1966 and I've enjoyed seeing the film again in later years as an adult.

Like most Hollywood historical dramas, Khartoum is not entirely accurate, but I thought Charlton Heston was outstanding as the legendary British General Charles "Chinese" Gordon. 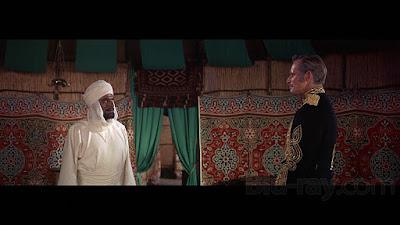 You can watch the trailer via the below link:

http://www.cinemaretro.com/index.php?/archives/8972-KHARTOUM-1966-STARRING-CHARLTON-HESTON-AND-LAURENCE-OLIVIER-WATCH-THE-ORIGINAL-TRAILER.html
Posted by Paul Davis at 11:43 AM