The Trouble Begins At Eight: Hal Holbrook Has Been Portraying Mark Twain For Over 60 Years, And He’s Still Going Strong 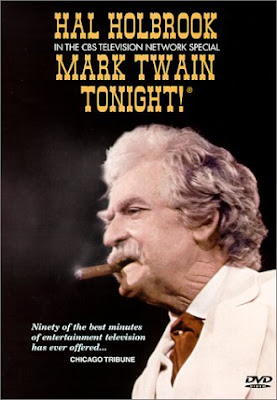 I first saw Hal Holbrook portray Mark Twain on TV, and as Mark Twain is one of my favorite writers, I'm thankful that I later saw Holbrook's Mark Twain Tonight! live on stage in Philadelphia.


If you have seen the Oscar-nominated film The Big Short, you might remember that the film opens with a quote from Mark Twain. “It ain’t what you don’t know that gets you into trouble. It’s what you know for sure that just ain’t so.” One person who knows Mark Twain and his quotes well is actor Hal Holbrook. For more than 60 years he’s been performing his always-evolving one-man show, Mark Twain Tonight! Holbrook brings the show to the Broad Stage in Santa Monica tomorrow night as a benefit for The Actors Fund.
“What [Twain] has taught me is he’s the only one I know who really tells the truth about who we are, how we behave and all the disruptions we practice as people,” Holbrook says. “I don’t know anybody I’ve ever read, and I read a lot, who tells the truth as simply and directly and as understandably as he does. We live in a world today which is riddled with lies. The act of lying, the habit of lying, I could say, has become acceptable.”
Holbrook, who turns 91 a week after this performance, is best known for his Oscar-nominated role in Into the Wild, along with roles in Lincoln and Water for Elephants. He memorably played Deep Throat in All the President’s Men.
You can read the rest of the piece via the below link:

Note; You can purchase Hal Holbrook's Mark Twain Tonight! from Amazon via the below link: 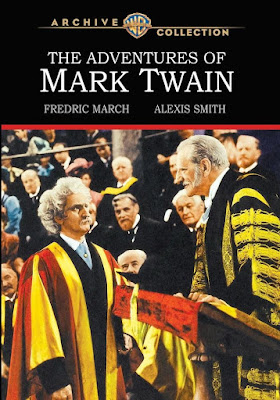 And although the 1944 film The Adventures of Mark Twain was, like most Hollywood films, historically inaccurate, I liked Frederic March's portrayal of Mark Twain.

You can purchase the film from Amazon via the below link: