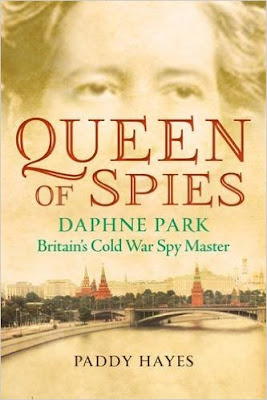 
At the age of 11, Daphne Park was living in a tin-roofed shack with no lights or running water in the British protectorate of Tanganyika when a letter arrived from London that changed her life forever. It was from her aunts, who were offering to provide her with a home and an education and in the end, it would lead to her becoming one of the first women spies.
How successful she was might be measured by a memorial address given after her death at the age of 77 when a former intelligence chief declared that her service in the Moscow station had convinced the Soviets that she was “an asset and not an embarrassment.” In the wake of Miss Park’s performance, he said, “Our presence in the Embassies, even in the Soviet bloc, was readily accepted.”
Miss Park’s active life did not end at her retirement from the secret service. She found favor with Prime Minister Margaret Thatcher, who appointed her to the board of the BBC, a precursor to her later elevation to the House of Lords. Yet not everyone liked her. Many compared her to Agatha Christie’s Miss Marple for her “deeply suspicious and sour” attitude toward life. But she did love being in the House of Lords and was “moved to tears by the admission ceremony.” She was believed to have had two great love affairs but remained characteristically discreet about who and where. And she had strong feelings about her colleagues. She disliked espionage author John le Carre to the point that she once said she would “hang, draw and quarter him” for his belief that intelligence was a “world of cold betrayal.”
You can read the rest of the review via the below link:

http://www.washingtontimes.com/news/2016/feb/3/book-review-queen-of-spies-daphne-park-britains-co/
Posted by Paul Davis at 3:05 AM