Pierce Brosnan, Martin Campbell to Adapt Ernest Hemingway Novel 'Across The River And into The Trees' 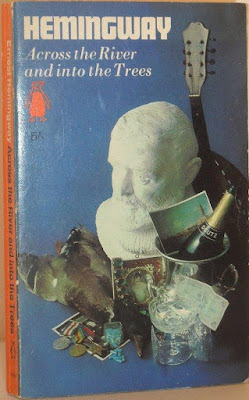 I read Hemingway's World War II combat correspondent dispatches before I read his WWII novel, Across the River and into the Trees, so I was disappointed in his fictional take on the war.

I thought the novel was mostly dull and considering that Hemingway had covered the biggest war in history and wrote some compelling and insightful journalism pieces, I think he should have written a war novel based on his reporting. Hemingway's short story about combat in WWII France, Black Ass at the Cross Roads, shows what might have been if Hemingway had written a true WWII novel.

Now the Hollywood Reporter reports that actor Pierce Brosnan and director Martin Campbell are going to make a film based on Across the River and into the Trees.

Pierce Brosnan and Martin Campbell, who first teamed up for the James Bond movie Goldeneye, are reteaming to tackle the adaptation of an Ernest Hemingway novel.
Brosnan will star and Campbell will direct Across the River and Into the Trees, a feature that will be produced Robert MacLean, John Smallcombe, Kirstin Roegner, and Claudia Bluemhuber. William J. Immerman will exec produce.
BAFTA winner Peter Flannery and Oscar-nominated Michael Radford (Il postino) wrote the script, which tells the story an American officer serving in Italy right after World War II, facing news of his terminal illness with stoic disregard. Determined to spend his weekend in quiet solitude, he commandeers a military driver to facilitate a simple duck hunting trip and a visit to his old haunts in Venice. As his plans begin to unravel, a chance encounter with a young countess begins to kindle in him the hope of renewal.
You can read the rest of the piece via the below link: 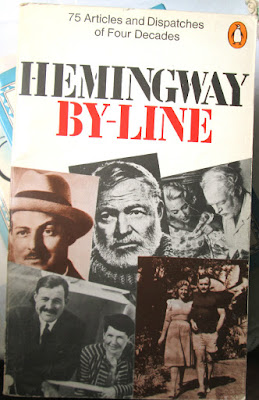