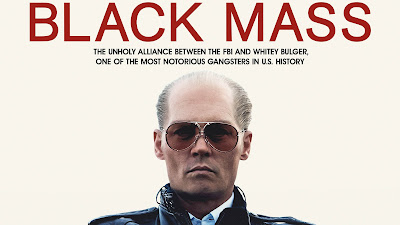 
A guy described as “one step removed from the prisoner who was Bulger’s protector in jail” has offered up the pictures to LA-based memorabilia dealer Moments in Time, which will sell the 22 photos with convicted mobster and murderer Bulger’s inscriptions for $24,00 0. A couple of the photos are of Depp as Bulger in the film.
“Johnnie [sic] Depp on set with his girlfriend playing me on an anti Whitey movie put together by 2 reporters from the Boston Globe,” Bulger wrote. “Many years ago, shot up the building with a 12 ga pump shot gun . . . This movie is pure fiction!” he wrote and signed with his prison number 1428A.
You can read the rest of the piece via the below link: 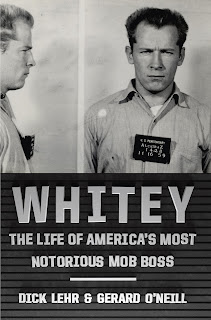 You can read my interview with Dick Lehr, the co-author of Black Mass and Whitey via the below link: