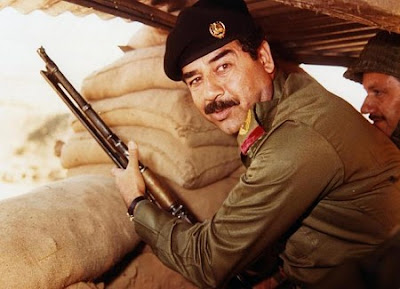 Veteran journalist and author Ronald Kessler looks back at Saddam Hussein's WMD deception in a piece in the Washington Times.


Now that Donald Trump has resurfaced the issue of President Bush’s decision to invade Iraq, Saddam Hussein’s own words to the FBI are instructive.
In seven months of secret FBI debriefings after his capture, Saddam admitted that he faked having weapons of mass destruction when he was in power but had planned on developing a weapons of mass destruction program with nuclear capability within a year.
Saddam made the admissions in videotaped interviews with George L. Piro, an FBI agent who was assigned by the FBI with the CIA’s approval to try to develop the former dictator’s cooperation.
For my book “The Terrorist Watch: Inside the Desperate Race to the Next Attack,” Mr. Piro described the debriefings, which had never been previously revealed.
When the Arabic-speaking Piro arrived in Baghdad during the first week of 2004, he told me, he had no idea if Saddam would even say hello to him much less reveal his thinking about the invasion of Iraq, his role in ordering 300,000 people killed, and whether he had weapons of mass destruction. But Mr. Piro managed to develop Saddam’s trust.
You can read the rest of the piece via the below link:
http://www.washingtontimes.com/news/2016/feb/18/ronald-kessler-behind-saddam-husseins-deception/
You can also read my Counterterrorism magazine piece on Ronald Kessler and his book The Terrorist Watch via below: 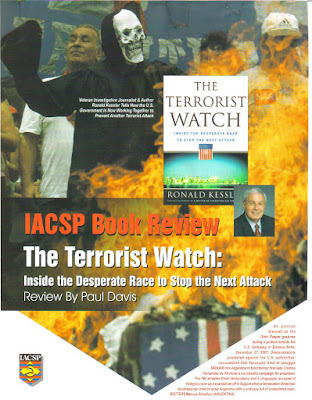 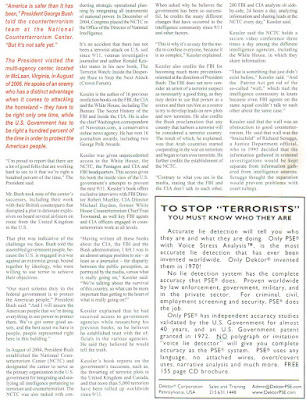 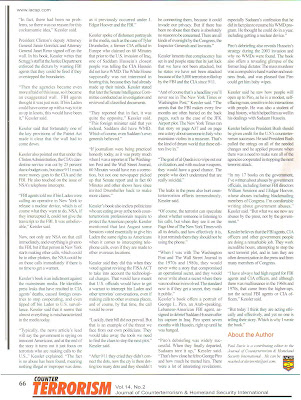 Labels: Iraq War, Ronald Kessler, Saddam Hussein, The Terrorist Watch Inside the Desperate Race to the Next Attack, The Washington Times, WMDs