Tracking Animal Cruelty: The FBI Is Collecting Data On Crimes Against Animals 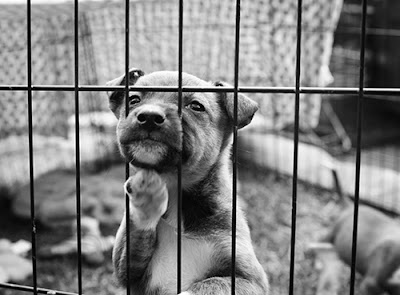 The FBI released a report on their tracking animal cruelty:


Acts of cruelty against animals are now counted alongside felony crimes like arson, burglary, assault, and homicide in the FBI’s expansive criminal database.
On January 1, the Bureau’s National Incident-Based Reporting System (NIBRS) began collecting detailed data from participating law enforcement agencies on acts of animal cruelty, including gross neglect, torture, organized abuse, and sexual abuse. Before this year, crimes that involved animals were lumped into an “All Other Offenses” category in the FBI’s Uniform Crime Reporting (UCR) Program’s annual Crime in the United States report, a survey of crime data provided by about 18,000 city, county, state, tribal, and federal law enforcement agencies.
By adding animal cruelty offenses to NIBRS, law enforcement agencies and the advocacy groups that pushed for the inclusion in the FBI database are hoping the results will reveal a more complete picture of the nature of cruelty to animals.
“Some studies say that cruelty to animals is a precursor to larger crime,” said Nelson Ferry, who works in the Bureau’s Criminal Statistics Management Unit, which manages NIBRS. “That’s one of the items that we’re looking at.”