Inside Government: The FBI Warns Against "Friendly Spies" And Other Threats Of Espionage 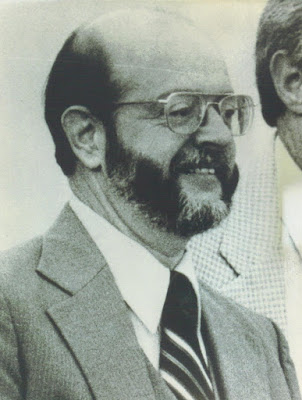 Back in 1995 I was a Defense Department civilian administrative officer for a DoD command in Philadelphia. I oversaw security, public affairs and other support programs for the command.

I also served as a producer and on air host of a public affairs radio program in the Philadelphia area called Inside Government.

One of my guests was FBI Special Agent Barbara A. Verica, the Philadelphia area coordinator for the FBI's Development And Counterintelligence Awareness (DECA) Program.

I later wrote a piece on my interview with the FBI official for the Nor' easter, a Defense Department magazine for the Northeast region of the U.S. 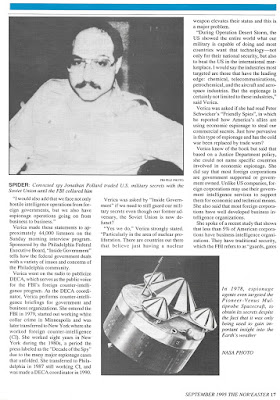 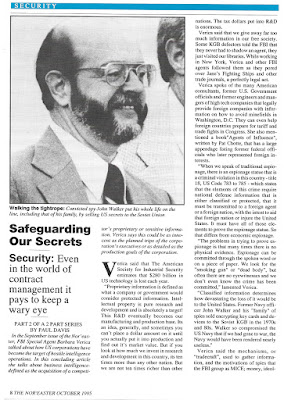 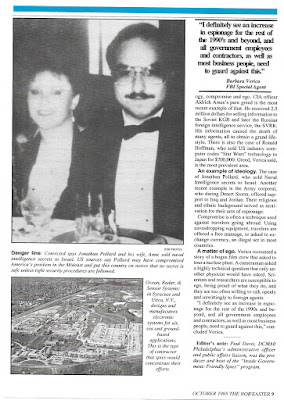 Note: The top photo of spy John Walker was provided by the FBI. You can click on all of the above to enlarge.
Posted by Paul Davis at 3:14 PM