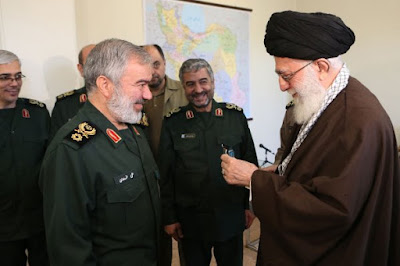 David French at National Review reports on how Iran is celebrating the capture of American sailors and the continuing humiliation of the Unites States.

Jihadist reality is a stubborn thing. Politically correct spin and naïve optimism always fails in the face of persistent aggression. Regarding Iran, the Obama administration’s grotesque misstatements in the aftermath of Iran’s capture and public humiliation of American sailors should now join its post-Benghazi lies in the hall of shame. Before discussing the most recent developments, let’s review the lowlights.
Three weeks ago Iranian Revolutionary Guards intercepted two U.S. Navy “riverine” boats they claimed had wandered into Iranian territorial waters. They forced the sailors onto their knees, taped an American officer apologizing, and then broadcast the images and apology to the world. In response, administration officials actually bragged about their handling of the incident and defended Iran.You can read the rest of the piece via the below link: