The Mob Is Alive And Well, New York Prosecutor Says 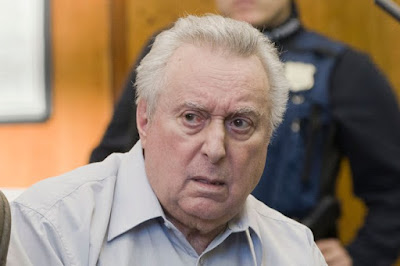 Rebecca Rosenberg at the New York Post offers a piece on the trial of alleged mobster Nicholas Santora.


The mob is still thriving, Manhattan prosecutors told jurors Tuesday at the trial of reputed Bonanno capo Nicholas “Nicky Mouth” Santora — who inspired the character played by the late Bruno Kirby in the 1997 film “Donnie Brasco” — and three members of his crew.
“This is not Hollywood,” said ADA David Stuart in his opening statement at the enterprise corruption trial in Manhattan Supreme Court.
“These crimes and these defendants are real and you’ll hear that, far from being dormant, the Bonanno organized crime family was alive and well, and the old guard was training the new members to take over their reins.”
Stuart laid out the case against the aging underboss, nicknamed “Captain Crunch,” who allegedly oversaw an online gambling operation, the sale of prescription drugs, including Cialis and Viagra, and a loansharking scheme from 2010 to 2012.
You can read the rest of the piece via the below link: