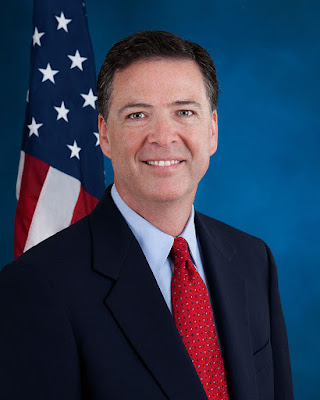 The below letter from FBI Director James Comey was posted on Lawfare and released by the FBI:
The San Bernardino litigation isn’t about trying to set a precedent or send any kind of message. It is about the victims and justice. Fourteen people were slaughtered and many more had their lives and bodies ruined. We owe them a thorough and professional investigation under law. That’s what this is. The American people should expect nothing less from the FBI.
The particular legal issue is actually quite narrow. The relief we seek is limited and its value increasingly obsolete because the technology continues to evolve. We simply want the chance, with a search warrant, to try to guess the terrorist’s passcode without the phone essentially self-destructing and without it taking a decade to guess correctly. That’s it. We don’t want to break anyone’s encryption or set a master key loose on the land. I hope thoughtful people will take the time to understand that. Maybe the phone holds the clue to finding more terrorists. Maybe it doesn’t. But we can’t look the survivors in the eye, or ourselves in the mirror, if we don’t follow this lead.
Reflecting the context of this heart-breaking case, I hope folks will take a deep breath and stop saying the world is ending, but instead use that breath to talk to each other. Although this case is about the innocents attacked in San Bernardino, it does highlight that we have awesome new technology that creates a serious tension between two values we all treasure—privacy and safety. That tension should not be resolved by corporations that sell stuff for a living. It also should not be resolved by the FBI, which investigates for a living. It should be resolved by the American people deciding how we want to govern ourselves in a world we have never seen before. We shouldn’t drift to a place—or be pushed to a place by the loudest voices—because finding the right place, the right balance, will matter to every American for a very long time.
So I hope folks will remember what terrorists did to innocent Americans at a San Bernardino office gathering and why the FBI simply must do all we can under the law to investigate that. And in that sober spirit, I also hope all Americans will participate in the long conversation we must have about how to both embrace the technology we love and get the safety we need.
Posted by Paul Davis at 9:05 AM