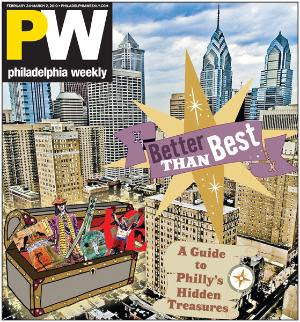 Tom Nickels at the City Journal offers a piece on the Philadelphia Weekly changing course and becoming a conservative newspaper.

Philadelphia Weekly, one of the city’s most venerable leftist “alternative” newsweeklies, has rocked the local journalism scene with its announcement that, starting next year, it will provide Philly readers with a different kind of alternative: it will change its editorial outlook from hard-liberal to conservative. The news that PW’s chairman and publisher, Dan McDonough, Jr., was doing a 180-degree reversal of its editorial direction struck most Philadelphians as a fantasy straight out of The Onion. I received several emails from fellow journalists, asking, “Is this real?”

… In recent years, PW’s cover stories and columns have pushed wokeness so aggressively that the paper sometimes resembled an Antifa broadside. Writers branded “conservative” found it hard to get published there.

Ironically, PW was no longer an alternative weekly in the sense of being different from any other newspaper in the city, because its views mirrored many of the left-wing arguments found in The Philadelphia Inquirer and elsewhere. PW just pushed harder.

“We have always been the alternative voice in Philadelphia,” says McDonough now, regarding his decision to rebrand the paper. “That audience has changed over the years, and, in 2020, conservatives and people who are angry and fed up with an inept city government don’t really have a voice here. To continue our mission, we had to change.” PW’s chief revenue officer, Ed Lynes, told Philadelphia Magazine that, in the city, it is “conservatives who no longer have a voice. If you oppose a socialist and intrusive government, your views are rejected by the city’s mainstream media.”