My Threatcon Column: The Threats Facing The Upcoming Presidential Election 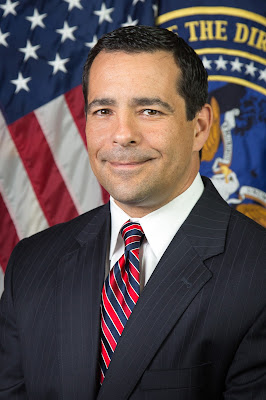 The upcoming presidential election will no doubt be contested hotly by both sides with accusations of voter fraud, political dirty tricks and illegal political contributions.

And like 2016, there will be accusations of foreign election interference.

On August 7th, William Evanina (seen in the above photo). the director of the U.S. National Counterintelligence and Security Center (NCSC), offered an election threat update to the public.

Evanina had previously pledged to provide unclassified overview of foreign threats to the 2020 election.

“Today, we are making good on that promise by sharing additional information with the public on the intentions and activities of our adversaries with respect to the 2020 election,” Evanina said.

The NCSC stated that prior to the 2020 U.S. elections, foreign states will continue to use covert and overt influence measures in their attempts to sway U.S. voters’ preferences and perspectives, shift U.S. policies, increase discord in the United States, and undermine the American people’s confidence in the democratic process. According to the NCSC, these foreign states may also seek to compromise election infrastructure for a range of possible purposes, such as interfering with the voting process, stealing sensitive data, or calling into question the validity of the election results. .

The NCSC is primarily concerned about the ongoing and potential activity by China, Russia, and Iran.

The NCSC stated that China prefers that President Trump – whom Beijing sees as unpredictable – does not win reelection. “China has been expanding its influence efforts ahead of November 2020 to shape the policy environment in the United States, pressure political figures it views as opposed to China’s interests and deflect and counter criticism of China. Although China will continue to weigh the risks and benefits of aggressive action, its public rhetoric over the past few months has grown increasingly critical of the current Administration’s COVID-19 response, closure of China’s Houston Consulate, and actions on other issues. For example, it has harshly criticized the Administration’s statements and actions on Hong Kong, TikTok, the legal status of the South China Sea, and China’s efforts to dominate the 5G market. Beijing recognizes that all of these efforts might affect the presidential race.”

The NCSC stated that Russia is using a range of measures to primarily denigrate former Vice President Biden and what it sees as an anti-Russia “establishment.” “This is consistent with Moscow’s public criticism of him when he was Vice President for his role in the Obama Administration’s policies on Ukraine and its support for the anti-Putin opposition inside Russia. For example, pro-Russia Ukrainian parliamentarian Andriy Derkach is spreading claims about corruption – including through publicizing leaked phone calls – to undermine former Vice President Biden’s candidacy and the Democratic Party. Some Kremlin-linked actors are also seeking to boost President Trump’s candidacy on social media and Russian television.”

The NCSC stated that Iran seeks to undermine U.S. democratic institutions, President Trump, and to divide the country in advance of the 2020 elections. “Iran’s efforts along these lines probably will focus on on-line influence, such as spreading disinformation on social media and recirculating anti-U.S. content. Tehran’s motivation to conduct such activities is, in part, driven by a perception that President Trump’s reelection would result in a continuation of U.S. pressure on Iran in an effort to foment regime change.”