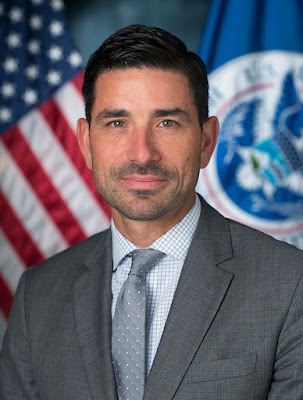 The U.S. Department of Homeland Security released the below information:

The center, which has been operational since early September, is based in Washington and led by U.S. Immigration and Customs Enforcement (ICE), a global leader of criminal investigations into human trafficking and sexual exploitation. The center will be staffed with law enforcement officials from Homeland Security Investigations (HSI) and across DHS, as well as subject matter experts and support staff from 16 DHS components—all focused on the “4 Ps” of the center’s mission: prevention, protection, prosecution and partnerships.

“Human trafficking is modern day slavery. There is no other way to say it,” said Acting Secretary Chad Wolf. “The words are strong because the actions are evil. The forms of exploitation, sex trafficking, forced labor, and domestic servitude that constitute human trafficking are antithetical in every way to the principles of human dignity that Americans hold dear. The launch of this Center for Countering Human Trafficking represents the investment of resources, attention, and time by President Trump to combat and dismantle all forms of human trafficking.”

On Jan. 15, Wolf signed and released the DHS Strategy to Combat Human Trafficking, the Importation of Goods Produced with Forced Labor, and Child Sexual Exploitation (https://www.dhs.gov/publication/strategy-combat-human-trafficking-importation-goods-produced-forced-labor-and-child) which pledged to bolster DHS efforts to combat human trafficking and forced labor.

“Human Trafficking, whether through sex or labor, is a detriment to our society and threatens the moral conscience of our nation. Criminal organizations target those who are most vulnerable and exploit them through any means necessary, Victims are treated as commodities rather than human beings, with no regard for their health and well-being,” said ICE Senior Official Performing the Duties of Director Tony Pham. “ICE, along with our internal and external partners, will continue to fight against these atrocities and answer victims’ cries for help. The Center for Countering Human Trafficking will serve as evidence that when we work collectively against such heinous acts, we combat the threat they pose to national security and to public safety.”

ICE’s HSI has long been a global leader in investigating human trafficking and sexual exploitation cases and bringing offenders to justice. The Center will build on the agency’s “victims first” approach, which balances victim identification, rescue and support with prevention, investigation, and prosecution of traffickers. ICE HSI is uniquely positioned to utilize criminal, immigration, and trade-based authorities to proactively identify, disrupt and dismantle cross-border human trafficking organizations.

In fiscal year 2019, ICE initiated 1,024 human trafficking and forced labor related cases which led to 2,197 criminal arrests. These effective actions resulted in nearly 700 convictions and the rescue of more than 400 victims.

Reporting suspected sexual or labor exploitation can help decrease or stop further victimization, as well as lead to the identification and rescue of other possible victims. To report suspicious activity or instances of sexual abuse or exploitation, contact your local law enforcement agency. Tips can be submitted online at https://www.ice.gov/tipline, by phone at 866-DHS-2-ICE or by contacting your local ICE office.

For more information about the Department of Homeland Security’s overall efforts against human trafficking, visit http://www.dhs.gov/blue-campaign