Babylon Bee: Fly That Landed On Mike Pence During Debate Revealed To Be Member Of Antifa 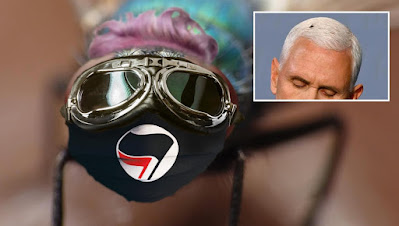 The Babylon Bee off their satirical take on that fly on the Mike Pence’s head.

SALT LAKE CITY, UT—Antifa communists are celebrating a major win after one of their distinguished members, Buzzy the Fly, landed on Mike Pence's head and distracted debate viewers for a few minutes. Investigators determined that Buzzy is the latest member of Salt Lake City Antifa.

"Buzzy is one of our most dedicated anti-fascist resistance fighters," said Vandex Craxavague, chairperson of the local Antifa chapter. "Not only is ze our smartest and best-looking member, but ze dedicated the majority of zir 28-day lifespan to infiltrating the debate hall and planning zir attack."