Babylon Bee: Broadcast Signal Accidentally Picks Up Two Old Men Yelling At Each Other Instead Of Presidential Debate 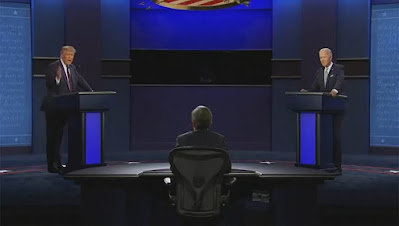 The Babylon Bee offers their satirical takes on the first presidential debate.

U.S.—Many were looking forward to the presidential debate tonight, hoping to thoughtfully consider each candidate's position so they could make a wise, informed decision about who to vote for in this year's election.

But it looks like that won't be happening, as debate organizers accidentally picked up a signal from some kind of nursing home where two angry old men were just shouting at each other for 90 minutes.

You can read the rest of the humor piece below: