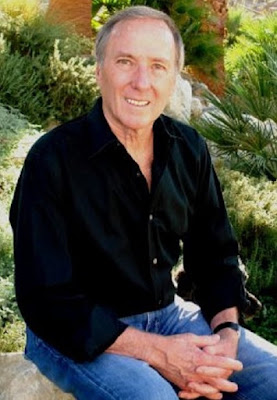 Marine Major Joel Searls interviewed Joseph Wambaugh, a former Marine who went on to become an LAPD detective sergeant and a best-selling novelist. 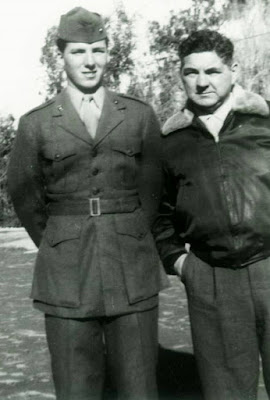 MARINE CORPS BASE CAMP PENDLETON, Calif. - Marine, former LAPD officer and novelist, Joseph Wambaugh, sat down with the Marine Corps Entertainment Media Liaison Office and discussed how his service gave him the values needed to pave the way for two successful careers, Aug. 9 2020.

Joseph Wambaugh is well known in the entertainment industry for his best-selling police novels and contributions to several television shows and feature films. Though much of his inspiration came from a long and distinguished career as a police officer with the Los Angeles Police Department, he attributes his work ethic and core values to another period in his life. Joseph Wambaugh is one of the few and the proud, the Marines. One whose service to America began in the mid-1950s. In the second iteration of a series of dialogues with successful Marine veterans we found Wambaugh to be insightful, interesting, and able to provide key nuggets of wisdom to pass along to any Marine, veteran and citizen alike. Wambaugh has written many prevalent novels to include “The New Centurions”, “The Choirboys”, “The Onion Field” and “Hollywood Station” to name a few. Twenty-one books in all, 13 fiction and eight non-fiction. Like many former Marines, he credits the Marine Corps with teaching him the value of an honest days’ work and, most importantly, for helping him mature. “I was born in East Pittsburgh, Pennsylvania ... an only child in a blue-collar family and lived there until I was 14 years old,” said Wambaugh. “It was about that time when my parents and I came to Ontario, California to bury a relative. Sunny California looked nothing like gritty, grimy Pittsburgh so we ended up staying. My father supported us as a washing machine repairman. I was a lazy student, almost always the youngest in my class. I graduated from Chaffey High School when I was nearly 17 and a half, too young to get a real job and with no college ambition. I talked my mother into signing for me and along with my best friend, joined the Marine Corps July 7, 1954. The Marine Corps made me grow up and realize the value and necessity of hard work.” 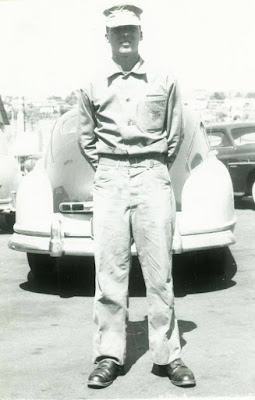 Wambaugh’s time in the Corps included service on both coasts of the United States. Early during his time as a Marine, he was assigned a few different occupations. However, it was his final assignment that foreshadowed his future successes. “After boot camp in San Diego, I was sent to Jacksonville for training as an airplane mechanic but had no mechanical dexterity,” said Wambaugh. “I was then transferred to Marine Corps Air Station El Toro. My MOS [Military Occupational Specialty] was 0141, also known then as ‘office pinkie’, after my sergeant major discovered that I did learn one thing in high school - I could type. I spent the last 18 months of my enlistment at Camp Pendleton as a company clerk.” Wambaugh married his high school sweetheart Dee while in the service and they have been married nearly 65 years. He took several college courses while off duty and by the time he was discharged he had accumulated some credits to put toward an undergraduate degree. He decided to use the Montgomery GI Bill along with the California Veteran’s Bill to finance a degree in English. He initially wanted to become a schoolteacher, however he learned the LAPD had openings and paid fairly well. Now mature, educated and with life experience as a Marine, he easily completed the requirements “To Protect and Serve” as a police officer. He was sworn in May 5, 1960. Reflecting on his childhood and his service as a Marine and police officer, Wambaugh recalled always finding inspiration through reading.

“Being an avid reader gave me an ability to express myself on paper,” Wambaugh said. “As a young boy I found Jack London’s works in the public library and read “The Call of the Wild” three times.” It wasn’t only classics that inspired him. Like many children from his era, he also found joy reading comic books and watching movies. “As an only child I got a generous one-dollar allowance each week and would buy five comic books every Saturday, then go to the movies and buy penny pretzels and a popsicle,” said Wambaugh. “That pretty much took care of the allowance.” When asked about how he got started as a writer, Wambaugh remembered it being somewhat challenging but rewarding nonetheless.

“I was a cop for nearly a decade before I began experimenting with short stories. I would send them to cheap magazines and they would write back with swift rejections,” recalled Wambaugh. “I finally decided to try for a famous magazine…”Playboy.” My short story was rejected but I couldn’t believe that someone actually had read it so I sent it to them a second time. This time my rejection said, ‘It’s no better this time than it was last time, schmuck,’” Wambaugh said smiling. “Many years later, when I was a bestselling author, “Playboy” asked me to write a story. I never got around to it and looked everywhere for the ‘Dear Schmuck letter’ to send back but couldn’t find it.” Wambaugh’s first break came when his best-selling novel, “The New Centurions,” was optioned into a motion picture where it was adapted for the screen by an Oscar-winning screenwriter and starred an Oscar-winning actor. George C. Scott, another former Marine, played the leading role. This was an exciting time for Wambaugh. Wambaugh remembered George C. Scott was known for his onset antics, mercurialness and being, at times, somewhat scary. “For one of the few times I saw him on location or on set, George Scott played a not-so-funny prank on the production team.” Wambaugh said. “The prank included a prop revolver and blank cartridges and I’ll leave it at that. As we all settled down, George was suddenly buoyant and pumped. He had just done something very dangerous and he loved it. He was a peculiar fellow, but a truly great actor.” From humble beginnings to entertainment celebrity, Wambaugh recalled being flattered that his work was so popular and how it led to the start of some great relationships. “Of course, it was heady stuff, finding myself a casual acquaintance of so many celebrities,” said Wambaugh. “Director Harold Becker, who directed “The Onion Field” and “The Black Marble” from scripts I had adapted from my books, became a dear friend. He created the TV show ‘Police Story’, which was a big hit in the 1970s. He was ahead of his time and commonly told stories of female police officers, as he believed them more detailed in their storytelling. Service as a police officer became increasingly difficult for Wambaugh as his celebrity grew. He eventually had to decide between his artistic work and his service as a police officer. “Eventually it was becoming impossible for me to do police work,” Wambaugh said. “People I arrested were asking me to cast them in ‘Police Story.’ Others came to my station hoping I would read their manuscripts. My celebrity wiped out my ability to do police work and I reluctantly left the LAPD after 14 great years.” When asked about what advice he had for Marines seeking a career in entertainment, Wambaugh offered a few insightful tips. “I’m rather proud of my willpower when it comes to working day or night without letup until the job is done,” said Wambaugh. “I never lost that intensity until a book or script was finished. I think that growing up from the age of 17 until the age of 20 as a young Marine taught me to embrace and value hard work. There are all sorts of tangible and intangible rewards that come from knowing we have done our best and never backed off until the job was done.” His advice for storytelling in the industry was very direct.

Wambaugh offered, “Keep your audience broad so it appeals to the most possible people because cynically but truthfully, Hollywood is motivated by money. Action and violence should probably be tempered.” The Headquarters Marine Corps Communication Directorate Los Angeles Office, assists directors, producers, and writers in the entertainment industry by providing Department of Defense support for major motion pictures, television shows, video games, and documentaries. The office aids in informing and educating the public on the roles and missions, history, operations, and training of the United States Marine Corps. 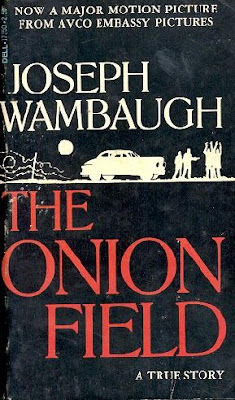 You can read my Philadelphia Inquirer review of Hollywood Station below.

You can also read my Washington Times column on Joseph Wambaugh and his classic true crime book, The Onion Field, and my long-form Q&A with him via the below links: 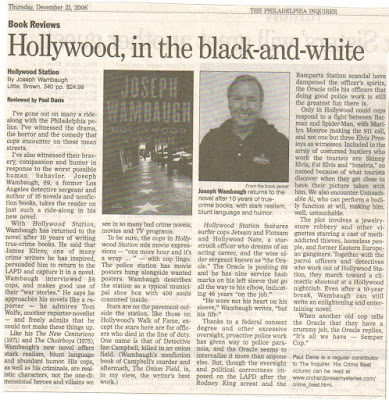