The Case Of The Vanishing Blonde And Other True Crime Stories: My Washington Times 'On Crime' Column On Veteran Reporter And Author Mark Bowden 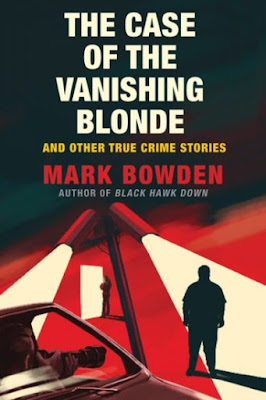 The Washington Times ran my On Crime column on Mark Bowden (seen in the below photo) and his new collection of true crime stories.

Mark Bowden is perhaps best known for his book “Black Hawk Down” and his other books about the American military, such as “Guests of the Ayatollah: The First Battle in America’s War with Militant Islam,” and “Hue 1968: A Turning Point of the American War in Vietnam.” But in his latest book, “The Case of the Vanishing Blonde and Other True Crime Stories,” he returns to his roots as a crime reporter.

Mr. Bowden, who received a lifetime achievement award from the International Thriller Writers organization, offers six true crime stories he had written previously for the Philadelphia Inquirer, Vanity Fair and Air Mail. The stories range from a case of a campus rape at the University of Pennsylvania in 1983, to three stories involving cold cases investigated by a Long Island private detective named Ken Brennan, as well as a fascinating case of a Los Angeles Police Department investigation into a 26-year-old murder that leads to one of their own.

“Newspaper reporting hones an appetite for crime,” Mr. Bowden writes in the introduction to the book. “When I wrote for the Philadelphia Inquirer, back in its heyday, when it had reporters based all over the region, nation, and the world, we reporters competed vigorously for the paper’s limited news hole. You learned fast that a good crime yarn was a shortcut to page one.”

Mr. Bowden notes that crime has been part of his work ever since. Three of his books, “Doctor Dealer,” Finders Keepers,” and “The Last Stone” (which I reviewed here), are about crime, and he wrote that “The Finish” and “Killing Pablo,” his books about the hunt for bin Laden and Pablo Escobar, are arguably about crime as well.

“For a writer like me, audio and video recordings are like a gift from God,” Mr. Bowden writes. “When I started as a newspaper reporter in the 1970s, it was rare to have a photo or recording of anything I wrote about. Today it is rare not to have such material. In fact, there is often so much of it that it poses new challenges.”

I reached out to Mark Bowden and I asked him why out of all the many stories he has written for newspapers and magazine, he chose these particular stories for the book.

“I chose these stories because they are my favorites from the long-form crime stories I have written over the years,” Mr. Bowden told me. “I think they are because most — although not all — deal with issues that transcend the immediate drama. The fraternity rape story deals with changing attitudes toward sexual violence, the sexual predator story with entrapment, the Stephanie Lazarus story the tendency of institutions to protect their own, the Euhommie Bond story with racial divisions and attitudes.

“I think the Ken Brennan stories are the most memorable, because they showcase his skill as an investigator, and each unravels a mystery that stumped local police. Ken contacted me out of the blue, and told me, in brief, the story that became ‘The Case of the Vanishing Blonde.’ I loved him as a character, and we have stayed friends. Some years later, over lunch, he told me the story of ‘The Body in Room 348,’ and again, years later, over lunch in Florida, he told me the ‘Euhommie Bond’ story.

“Ken is like any writer’s gift from the heavens.”

You can read the rest of the column below or via the link: 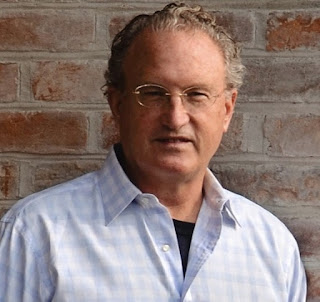 Labels: Mark Bowden, My On Crime column, The Case of the Vanishing Blonde, Washington Times