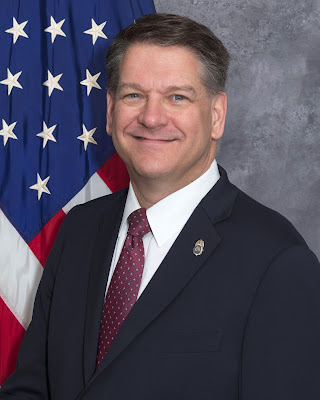 WASHINGTON – Drug Enforcement Administration Acting Administrator Timothy J. Shea (seen in the above photo) today announced that the DEA will direct resources to help reduce violent crime in communities throughout the country.  Under this initiative, called Project Safeguard, DEA will identify and prioritize ongoing drug trafficking investigations with a nexus to violent crime.

“Drug trafficking and violent crime are inextricably linked,” said Acting Administrator Shea.  “From the extreme levels of violence in Mexican cartels, to the open air drug markets in American cities, drug traffickers employ violence, fear, and intimidation to ply their trade.  Neighborhoods across our country are terrorized by violent drug trafficking organizations that have little regard for human life, and profit from the pain and suffering of our people.  Along with our law enforcement partners, DEA is committed to safeguarding the health and safety of our communities.”

Working in collaboration with our federal, state, and local partners, including the Bureau of Alcohol, Tobacco, Firearms and Explosives and the U.S. Marshals Service, DEA’s Project Safeguard will comprise three focus areas to address the growing violent crime threat in many cities across the United States:

The traffickers that flood our communities with deadly drugs, including opioids, heroin, fentanyl, meth and cocaine, are often the same criminals responsible for the high rates of assault, murder, and gang activity in our cities.  These criminals employ fear, violence, and intimidation to traffic drugs, and in doing so, exacerbate a drug crisis that claims more than 70,000 American lives every year.  DEA is committed to treating these crimes as homicides, where appropriate.

In recent months, violent crime has spiked in numerous cities and regions around the country, from major cities like Detroit, which has seen a 19 percent increase in homicides this year, to smaller towns like South Bend, Indiana, which has witnessed an increase of 36 percent increase in violent crime.  Drug trafficking is responsible, in part, for this violence in America’s cities and towns.

Since it began in August 2020, Project Safeguard has resulted in more than 700 investigations, over 1,500 arrests – including nearly 40 DEA fugitives, more than 2,130 seized firearms, nearly $24 million in seized assets, and more than 6,100 kilograms of illicit drugs.

Today’s announcement was made at a press conference in Boston marking the successful conclusion of DEA New England Field Division’s Operation Under the Radar, a months-long investigation targeting street-level cocaine and fentanyl distributors with close ties to Mexico who had previously evaded prosecution.  This operation resulted in approximately 14 arrest warrants and eight search warrants spanning as far north as Lawrence, Mass., and as far south as Providence, R.I.