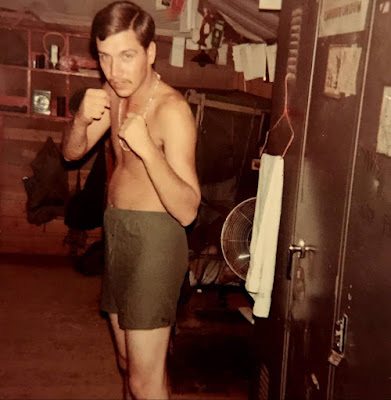 My niece Gina sent me the above photo of her father, my older brother Ed, who recently passed away.

The photo shows my brother in a fighting stance while serving in the U.S. Army during the Vietnam War. I’d had not seen the photo before.

As I noted to my niece, as she may not have known it, my father, her grandfather, also named Ed, was a professional boxer. He had a good record, but he joked that his nickname was "Canvas Back" Davis (as the ring was made of canvas - get it?)

He quit the ring and his job as a lineman and joined the Navy during WWII.

I was a boxer at the South Philly Boys Club when I was a kid in the early 1960s and I became an amateur middleweight boxer in the Navy in the early 1970s. I trained and sparred well into my 20s.

My brother was an all-round superb athlete, playing basketball, football, baseball and later hockey. Although he never competed in the ring, he could box, and he was one of the toughest young guys in South Philly in the 1960s.

At 6'3, he had quite a reputation then and although he never started a fight, he often had to fight guys that started a fight with him. Twice, I saw him fight five or more guys at once when they jumped him - and he won both times. He knocked out and knocked down several of the guys that jumped him, and the rest backed away.

Despite his size and ability, he never bragged or acted like a tough guy.

Carrying on a Davis family tradition, he had a strong sense of justice and he often defended guys being bullied.

He never bullied anyone, other than me, his younger brother – Ha.

Like his wife and four daughters, and my family, I dearly miss my older brother. 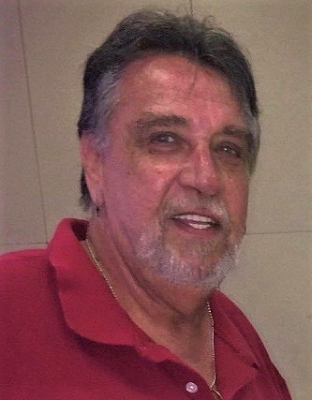