'Everything I do Is Criminal': South Jersey Member Of Philadelphia Crime Family Sentenced To 15 Years In Prison for Selling Illegal Drugs 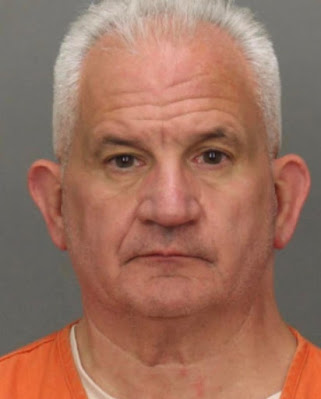 Joseph Servidio, who was caught on a wiretap recording stating, "Everything I do is criminal," was sentenced to 15 years in prison.

The U.S. Attorney’s Office District of New Jersey released the below information:

Law enforcement sources have identified Servidio as a member of La Cosa Nostra (LCN), the Mafia. Servidio distributed pills that contained heroin and/or fentanyl along with conspirator Carl Chianese. The pills they distributed were stamped with markings that made them look similar to prescription opioid pills (Oxycodone or Percocet). Servidio and Chianese were also involved in the distribution of multiple-ounce quantities of crystal methamphetamine. Servidio and Chianese sold the pills and crystal methamphetamine on multiple occasions to an FBI undercover agent in exchange for cash payments.

In total, Servidio was responsible for the distribution of over 200 grams of fentanyl and heroin and approximately 300 grams of crystal methamphetamine.

Chianese, 80, was sentenced by Judge Kugler in March 2020 to 10 years in prison and ordered to forfeit the firearm and United States currency, as part of the sentence imposed. Salvatore Piccolo, 68, another member of the Philadelphia LCN who sold crystal methamphetamine to the FBI undercover agent, was sentenced by Judge Kugler in November 2019 to 150 months in prison.

In addition to the prison term, Judge Kugler sentenced Servidio to five years of supervised release.