Drug Trafficking And The Aftermath In Rural Kentucky: My Washington Times 'On Crime' Column On J. Todd Scott's 'Lost River' 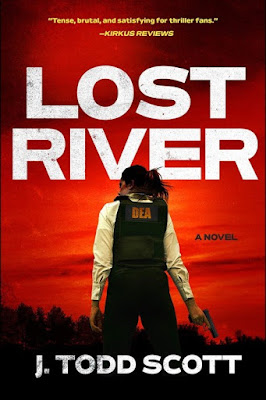 The Washington Times ran my On Crime column on DEA Special Agent J. Todd Scott (seen in the below photo) and his novel Lost River.

J. Todd Scott is a DEA special agent as well as a fine crime novelist. Reading his first novel, “The Far Empty,” I was reminded of Norman Mailer’s comment about then-Assistant U.S. Attorney George V. Higgins and his novel “The Friends of Eddie Coyle”: “What I can’t get over is that so good a first novel was written by the fuzz.”

Like George V. Higgins and former LAPD detective Sgt. Joseph Wambaugh, J. Todd Scott has mined his experiences in law enforcement to craft some fine crime novels. His most recent, “Lost River,” offers a gritty and realistic story of drug trafficking and the aftermath in Kentucky.

We meet the feared, corrupt and corrupting Glasser crime family, who control the distribution of illicit drugs from their rural compound. As the opioid crisis intensifies in Appalachia, people are dying from drug overdoses, and then the Glasser compound is attacked. The novel also introduces the reader to a troubled EMT, an equally troubled former police chief who loses his wife to a drug overdose, and Duck, a crooked local cop. We are also introduced to Casey Alexander, a dedicated DEA special agent as well as a young woman who bucks local law enforcement and small-town ethos.

I contacted J. Todd Scott and I asked why he wrote the novel.

“I’d always wanted to write about Kentucky, where I was born and raised, and the state had long been on my mind after reading Jesse Donaldson’s wonderful book, ’On Homesickness,’ Mr. Scott replied. “Both in Kentucky and then Arizona, where I was living when I wrote ‘Lost River,’ I was heavily involved in working opioid overdose cases and saw firsthand the ravages of the burgeoning epidemic.

“I knew I wanted to write about those experiences, and once I had ‘Lost River’s’ unusual story structure nailed down — the novel takes place over a single 24-hour period, following a handful of characters throughout that night as they cross paths in the wake of several overdose deaths — the book came together quickly. I’m not much of a ‘message’ writer, but I wouldn’t have written ‘Lost River’ if I didn’t think I had something unique to say about the opioid epidemic.”

Mr. Scott said that DEA Special Agent Casey Alexander’s investigation was a textbook example of how he had put together cases throughout his career, although the events were not from a specific case. 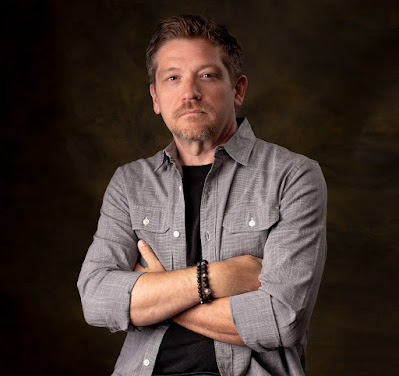