Walter Wallace Jr., Who Was Shot By Philadelphia Police, Had A Criminal History, Rapped About Shooting Cops 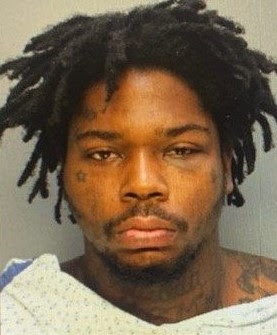 Louis Casiano at FoxNews.com offers a piece on the criminal background of Walter Wallace Jr, (seen in the above police mugshot), the man who was shot and killed by Philadelphia Police officers after threatening with a knife.

The Black man fatally shot by Philadelphia police officers on Monday was an aspiring rapper who sometimes rhymed about shooting people, including police officers, and was awaiting trial for allegedly threatening to shoot a woman, according to media reports.

Court records obtained by the news outlet also show Wallace had a criminal history. In 2017, he pleaded guilty to robbery, assault and possessing an instrument of crime, according to documents obtained by Fox News.

Authorities said he kicked down the door of another woman and put a gun to her head.

He was sentenced to 11 months to 23 months in jail. In 2013, he pleaded guilty to resisting arrest and punching an officer in the face. It was not clear if the two officers who shot Wallace knew him, his mental health struggles or his past, Police Commissioner Danielle Outlaw said Tuesday.

"There are several questions that need to be answered... including what the officers knew when they responded, what was put out by radio and how any previous contact with Mr. Wallace factored into yesterday," she said during a virtual news conference.

Authorities said Wallace was armed with a knife and ignored commands to drop it when he was shot Monday afternoon. The two officers fired at least seven rounds apiece. It was not clear how many times Wallace was hit.

Neither officer had a Taser. 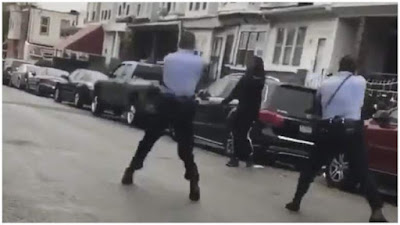