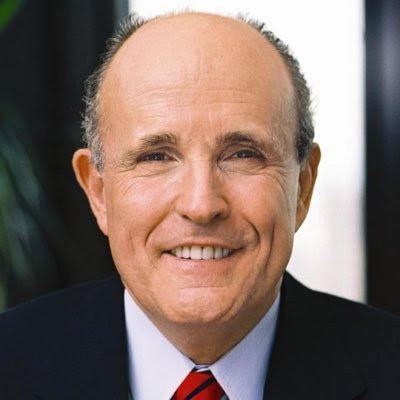 Former New York Mayor Rudy Giuliani was in Philadelphia earlier this week for the launch of Italian Americans For Trump. He spoke to a group of supporters at a Trump campaign office in Northeast Philadelphia.

He also wrote an op-ed that appeared today in The Philadelphia Inquirer.

Our rights and liberties are under assault by the Democratic Party’s embrace of the radical left. Together, they are attacking our history, our society, and our shared values in the form of “cancel culture.” It is rapidly infecting the mainstream media, social media, and liberal elites in academia throughout America.

Everyday patriotic Americans are branded by the radical left for their previous “insensitive” comments or statements, ostracized by their families and communities, fired by their employers, and shamed for alleged transgressions with no opportunity for explanation. If charged with such a violation you are seen as a pariah. For high-profile figures, this can mean that the public will stop supporting your work, as we’ve seen with people like Kevin D. Williamson, who was fired from the Atlantic in 2018 for his pro-life views after social media outrage from the radical left. It can happen to average citizens, too, if a “problematic” social media post from their past is discovered and publicized.

In this toxic climate, Americans, especially young adults, are left wondering what their incentive is to dream, dare to be great, and fight for their American Dream. All around them, our children are seeing the heroes of our storied American history torn down, both literally and figuratively. Right here in Philadelphia, the city voted to remove the statue of Christopher Columbus in Marconi Plaza, which I visited on Monday.

Why would today’s children endeavor for greatness or struggle to create positive change in the world, if posterity will simply demonize them for their flaws? Our history, while imperfect, is a story of hope, progress, and the creation of the most free and equal society in the history of the world. By erasing the figures that populate our textbooks and animate our collective national conscience, chaos and a lack of moral authority fill the void that is inevitably left.