Trump Stands Up For Columbus 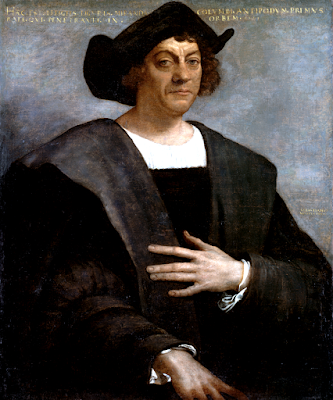 Jennifer Harper, who writes the Inside the Beltway column at the Washington Times, offers her take on Columbus Day:

Columbus Day has been around for a while. The first recorded celebration of Columbus Day in the U.S. took place on Oct. 12, 1792, and was organized by the New York City-based Society of St. Tammany — also known as the Columbian Order — to commemorate the 300th anniversary of Christopher Columbus‘ landing in the Americas.

So says the Library of Congress, which notes that the first official Columbus Day holiday took place in 1892, set forth in a proclamation by President Benjamin Harrison, who called Columbus “a pioneer of progress and enlightenment.”

In the next two decades, the Knights of Columbus, an international Roman Catholic fraternal society, lobbied state legislatures to declare Oct. 12 a legal holiday. Colorado was the first state to do so in 1907, followed by New York in 1909. President Franklin Delano Roosevelt designated Columbus Day a national holiday in 1934. In keeping with such traditions, President Trump has issued his own proclamation which praises both Columbus and Americans with Italian heritage.

“For our beautiful Italian American communities — and Americans of every background — Columbus remains a legendary figure. Sadly, in recent years, radical activists have sought to undermine Christopher Columbus’s legacy. These extremists seek to replace discussion of his vast contributions with talk of failings, his discoveries with atrocities, and his achievements with transgressions. Rather than learn from our history, this radical ideology and its adherents seek to revise it, deprive it of any splendor, and mark it as inherently sinister,” Mr. Trump said.

“They seek to squash any dissent from their orthodoxy. We must not give in to these tactics or consent to such a bleak view of our history. We must teach future generations about our storied heritage, starting with the protection of monuments to our intrepid heroes like Columbus,” the president said.

“On this Columbus Day, we embrace the same optimism that led Christopher Columbus to discover the New World. We inherit that optimism, along with the legacy of American heroes who blazed the trails, settled a continent, tamed the wilderness, and built the single-greatest nation the world has ever seen.”