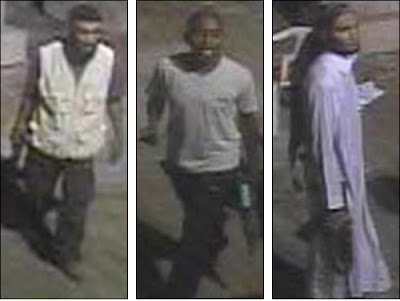 
A key Benghazi whistle-blower, responding to Democratic claims that the prolonged scrutiny over the administration's botched talking points is unwarranted, testified Wednesday that the early mischaracterization of the attack may have actually hurt the FBI's investigation.

The claim was one of several new accounts given at Wednesday's high-profile hearing where three whistle-blowers testified.

Democrats, while giving deference to the officials and their version of events, used the hearing to try and deflect criticism away from the administration. In particular, they rejected the notion that early talking points on the attack were deliberately changed, to downplay terrorism, for political reasons.

But the substance of the claims Wednesday could serve to re-open questions about that deadly night -- and specifically about the initial claim by U.N. Ambassador Susan Rice that the attack was triggered by a protest over an anti-Islam film.

Greg Hicks, the deputy chief of mission in Libya who became the top U.S. diplomat in the country after Ambassador Chris Stevens was killed, was asked to respond to former Secretary of State Hillary Clinton's statement at a prior hearing asking "what difference" do the questions over the talking points make.

Hicks argued that Rice's comments so insulted the Libyan president -- since they contradicted his Sept. 16 claims that the attack was premeditated -- that it slowed the FBI's investigation.

"President Magariaf was insulted in front of his own people, in front of the world. His credibility was reduced," Hicks said, adding that the president was apparently "still steamed" two weeks later.
This bad blood, he claimed, contributed to the FBI team being stuck in Tripoli for about 17 days.

"I definitely believe that it negatively affected our ability to get the FBI team quickly to Benghazi," he said, adding that the U.S. could not even get the Libyans to secure the crime scene during that time.
As for Rice's comments that Sunday, when she repeatedly cited the video as the trigger for the attack, Hicks said his "jaw dropped" when he heard that.

"I was stunned," Hicks said. "My jaw dropped, and I was embarrassed."

You can read the rest of the piece and view video clips via the below link: