Crime And Scotland: Scotland's Master Of Crime Is Also Its Camus 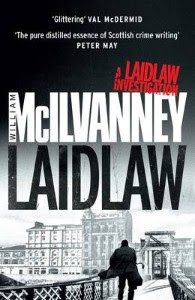 As a crime aficionado and having lived in Scotland in 1974 and 1975 while stationed on a Navy tugboat at the U.S. nuclear submarine base at Holy Loch, Scotland, I'm interested in what is called "Tartan noir.'

So I was interested in Allan Massie's piece on the author of Laidlaw that appeared in the British newspaper the Telegraph.


Crime and Scotland go together, fictionally at least. Set aside Alexander McCall Smith and J K Rowling, and the most-read Scottish novelists today are crime-writers. “Tartan noir” is the name of the game; Ian Rankin and Denise Mina are two of those who most successfully show us criminal activity permeating Scottish society. Most crime writers are prolific, a novel a year, or every 18 months, being normal. There is one notable exception, the man who is widely regarded as “the father of tartan noir”. This is William McIlvanney, and he has written only three crime novels, Laidlaw in 1978, followed by The Papers of Tony Veitch and Strange Loyalties.


If three novels seem a narrow base for such a reputation, we might remember that Raymond Chandler wrote only half a dozen. Now Canongate is bringing out new editions – first Laidlaw, and then the others in the autumn – while Ian Rankin, who has said that without McIlvanney he might not have turned to crime, will be interviewing him at the Harrogate Crime Fiction festival on July 20. It should be an interesting session.