Manhunt: CIA Women Who Hunted Bin Laden In The Spotlight In HBO's Documentary 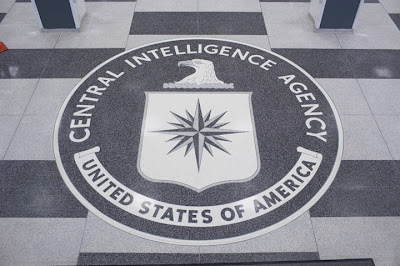 Rowan Scarborough at the Washington Times offers a piece on the new HBO documentary on the CIA officers who hunter Osama bin Laden.

The look at those who hunted Osama bin Laden begins with the sisterhood — a collection of female CIA analysts who became somewhat obsessed with al Qaeda and its leader.

They now are talking on camera for the HBO documentary "Manhunt," which debuted Wednesday night, two years after the terrorist mastermind was killed and weeks after another jihadist attack on America at the Boston Marathon.

The film, which HBO is showing throughout May, is not about the raid that killed bin Laden but the inside story of the CIA's bin Laden hunters — their frustrations, guilt, joy and, for one, a violent death.

“The night of the raid, I just had this gut feeling that there was a deeper, darker, richer story other than just the story of the raid itself,” said Greg Barker, a journalist and the director of "Manhunt."

“It’s about an intelligence story that spoke to the decisions made in secret inside our government that led us to Abbottabad.”