Frederick Forsyth's 'The Day Of The Jackal' - With Annotations 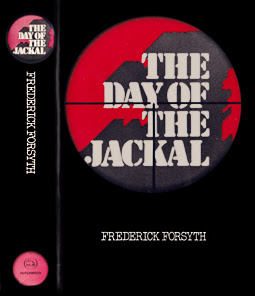 The British newspaper the Guardian offers Frederick Forsyth's personal annotations of his classic thriller, The Day of the Jackal.

‘I wrote this book in the first two months of 1970 and it was launched in June 1971. But it describes purported events in the summer of 1963, some fifty years ago. I had not read it since, until this winter at PEN’s request.

What strikes me immediately is the complete revolution in all our lives caused simply by technology. Some things do not change. A rifle is still a rifle, a bullet is still a bullet, and a human still a target for an assassin. And there are still assassins. But for the rest, it is all different now.

Three differences between then and now emerge from the pages and prove quite clearly that the Jackal operating in 2013 and not 1963, would be caught.'