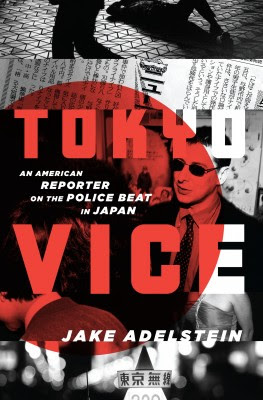 The Hollywood Reporter offers a report on David Radcliffe starring in a film based on Jake Adelstein's Tokyo Vice.

TOKYO – Daniel Radcliffe will take another step away from the boy wizard when he tackles the role of an American journalist who covered the crime beat in Japan, including the notorious yakuza mafia, in Tokyo Vice.
Tokyo Vice covers the adventures of Jake Adelstein, a crime reporter on the Yomiuri Shimbun, the largest newspaper in the world by circulation, from his beginnings as the first westerner in the Tokyo Metropolitan Police Press Club to his expose on a yakuza boss given a liver transplant in California.

And you can read my review of Tokyo Vice via the below link:

http://www.pauldavisoncrime.com/2010/03/tokyo-vice-american-reporter-on-police.html
Posted by Paul Davis at 6:01 AM