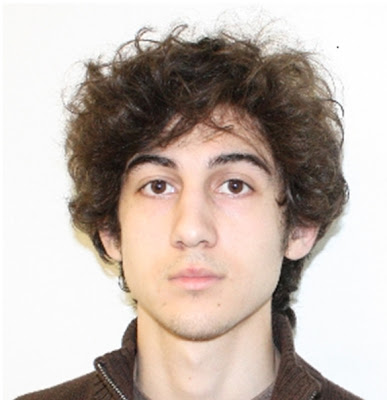 John Miller at CBS News reports that Dzhokhar Tsarnaev, the Boston Marathon bomber, wrote a note on the hull of the boat he was hidding in prior to his capture by the police.
According to Miller, the note stated the bombing was in retellation for what the U.S. did to Muslims in Iraq and Afghanistan.
You can watch John Miller explain on CBS News via the below link:
http://www.cbsnews.com/8301-505263_162-57584771/boston-bombings-suspect-dzhokhar-tsarnaev-left-note-in-boat-he-hid-in-sources-say/
Note: The above FBI photo is of Dzhokhar Tsarnaev.
Posted by Paul Davis at 10:28 AM