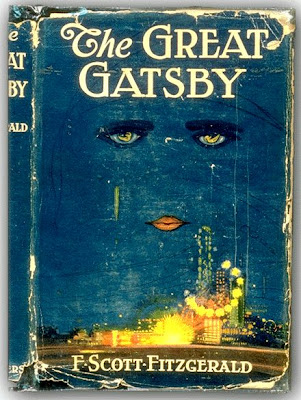 Carolyn Kellogg at the Los Angeles Times offers us a look back at the Times' 1925 review of F. Scott Fitzgerald's classic novel The Great Gatsby.

Baz Luhrmann's "The Great Gatsby" opens wide this Friday. Eighty-eight years before -- to the day -- the Los Angeles Times ran this review of the original "The Great Gatsby," the novel by F. Scott Fitzgerald.


Today, perception of the book's reception in 1925 varies -- some say it was successful, others that it was a dismal failure -- but our review, by Lillian C. Ford, is purely positive. And she captures something of what has made the book a classic.

"The Seamy Side of Society," read the headline, with this below: "In 'The Great Gatsby,' F. Scott Fitzgerald Creates a New Kind of Underworld Character and Throws the Spotlight on the Jaded Lives of the Idle Rich." The full book review follows:

F. Scott Fitzgerald, who won premature fame in 1920 as the author of "This Side of Paradise," a book that first turned into literary material the flapper of wealthy parents and of social position, whose principal lack was inhibitions, has in "The Great Gatsby" written a remarkable study of today. It is a novel not to be neglected by those who follow the trend of fiction.

Wisely, Mr. Fitzgerald tells his story through the medium of Nick Carroway [sic], who, after graduation from Yale in 1915 had "participated in the delayed Teutonic migration known as the great war." When the story opens, Carroway had left his western home and had gone east to learn the bond business. He was living in a tiny house at West Egg, Long Island, near an emblazoned mansion owned by the great Gatsby, an almost mythical person who lived sumptuously, knew no one, but entertained everyone at his great parties given Saturday nights.

Very gradually this Gatsby is revealed as a restless, yearning, baffled nobody, whose connection with bootleggers and bond thieves is suggested, but never mapped out, an odd mixture of vanity and humility, of overgrown ego and of wistful seeker after life.