Was The Arrest Of A CIA Officer In Moscow Meant To Conceal What The Russians Know About The Boston Marathon Bombing? 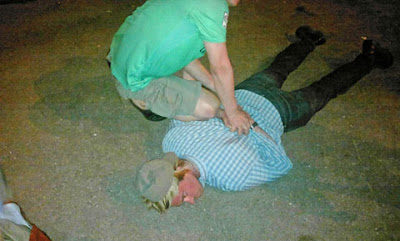 David Satter at the National Review offers a piece on the Russian takedown of a CIA spy.

The comic-opera arrest of an American CIA agent in Moscow this week is less of a joke than it seems. The timing, nature, and public character of the arrest all point to the possibility that the Russian authorities, far from being concerned about the arrest, are using it to conceal what they know about the Boston Marathon bombers.

The arrest of Ryan Fogle for supposedly trying to recruit an agent of the Russian Federal Security Service (FSB) who was working on the North Caucasus — and therefore might have been able to tell U.S. authorities more about the attack on American civilians than they have gained officially — has been the occasion for an enormous amount of ridicule of the American intelligence services in the Russian media.

A video of the arrest was shown on Russian television, and Russian officials took the almost unprecedented step of publicly naming the American CIA resident in Moscow. The head of U.S. and Soviet intelligence operations was not named publicly even during the Cold War.

http://www.nationalreview.com/article/348748/arrest-moscow
Posted by Paul Davis at 9:25 AM