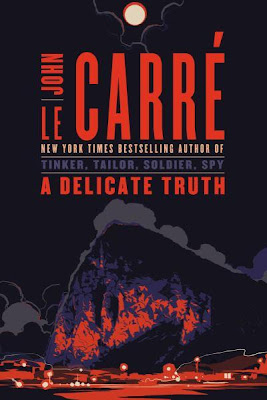 “A Delicate Truth,” John le Carré’s new thriller, is anything but delicate: it’s ponderous, heavy-handed and obvious — everything that his wonderful early Smiley novels, which traded in moral ambiguity and psychological nuance, were not.

Although Mr. le Carré hit his stride again in 2010 with "Our Kind of Traitor," this new novel resembles two preachy recent books of his, "Absolute Friends," (2004) and "A Most Wanted Man" (2008). It is so hobbled by ideological fervor — a detestation for the way the United States and Britain have waged the war on terror — that it rapidly devolves into a didactic and ungainly pitting of good against evil with an utterly predictable story line.