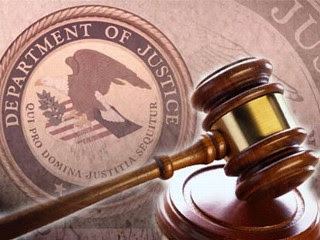 The U.S. Justice Department released the below information on May 15th:

BROWNSVILLE, TX—Juan Roberto Rincon-Rincon, one of the highest ranking members of the Gulf Cartel, has been ordered to federal prison for life following his convictions related to a large drug trafficking conspiracy, United States Attorney Kenneth Magidson announced today along with Vincent Iglio, acting special agent in charge of Homeland Security Investigations (HSI) and Javier Peña, special agent in charge of the Drug Enforcement Administration (DEA). A jury convicted Rincon following seven days of trial and less than two hours of deliberation on Friday, September 28, 2012.

Today, U.S. District Judge Hilda G. Tagle, who presided over the trial, ordered Rincon to serve a life sentence in federal prison. At the hearing, the court found that Rincon-Rincon was accountable for the equivalent of 10,697,100 kilograms of marijuana as his offense conduct.

His sentence was enhanced because Rincon-Rincon used dangerous weapons such as grenades, rocket launchers, homemade cannons, and automatic weapons during the conspiracy. The court also enhanced his sentence because Rincon-Rincon was a leader/organizer of the criminal activity, used violence, used body armor, bribed law enforcement officials, imported methamphetamine, and because his primary employment consisted of being a lieutenant and/or plaza boss for the Gulf Cartel. Rincon-Rincon was further ordered to pay a $1 million fine as to each of the two counts of conviction.

In handing down the sentence, Judge Tagle noted that Rincon-Rincon had made the conscious choice to participate in the conspiracy and further commented to him that “you enjoyed the fruits of that lifestyle. Now, it is time for you to deal with the consequences.”

“HSI agents have made it a top priority to bring stability and security to this border region and today’s sentencing of Rincon-Rincon is a prime example of that,” said Iglio. “HSI will continue its efforts in partnership with our federal, state, and local partners to combat cartel related crimes in an effort to achieve these significant results.”

Rincon, 42, from Matamoros, Mexico, was convicted of conspiracy to possess with the intent to distribute as well as conspiracy to import into the United States more than five kilograms of cocaine and 1000 kilograms of marijuana from January 2002 until his capture on October 26, 2011.

“Juan Roberto Rincon-Rincon, one of the highest ranking members of the Gulf Cartel, posed a threat to the citizens of both the United States and Mexico,” said Peña. “This case highlights the work of law enforcement in the Rio Grande Valley in keeping our border communities safe and ensuring Mexican drug traffickers do not find refuge in the United States.”

Evidence at trial proved that more than 9,000 kilograms of marijuana was seized by Border Patrol during the months of September and October 2011 when Rincon-Rincon was proven to be the Plaza Boss of Rio Bravo, Tamaulipas, Mexico. During his time in that leadership role, the money derived from the Gulf Cartel was more than $20 million. As the plaza boss, which is the lead representative for the Gulf Cartel in a particular region or town, Rincon-Rincon, aka Primo or X-5, was in charge of maintaining control of the region to ensure safe passage of the Gulf Cartel’s narcotics and ensuring no narcotics passed through his area of responsibility without his approval or knowledge.

Testimony at trial indicated that control of the plaza was accomplished by bribing Mexican law enforcement, some elements of the Mexican military, the news media, and elected public officials. Additionally, testimony indicated that control of the plaza was also accomplished by secretly and illegally wiretapping the phones at law enforcement offices, public offices and phones, hotels, and news media outlets. License plate readers and cameras were also used in order to detect infiltration of rival cartels or the movements of the Mexican military, according to testimony. Rincon-Rincon also had at least 100 individuals at his disposal armed with semi-automatic rifles, body armor, grenades, and .50 Caliber automatic rifles, and some had rocket launchers.

In 2003, Osiel Cardenas-Guillen was arrested and Jorge Eduardo Costilla-Sanchez then took over the leadership of the Gulf Cartel. The jury heard testimony that many individuals involved in the drug transactions would have to often go through Rincon-Rincon to relay information to Costilla in order to receive authorization to transport drugs, to make bribe payments, and to negotiate drug terms. Rincon-Rincon would also receive large amounts of bulk cash currency that were proceeds from the sale of large amounts of Gulf Cartel narcotics.

During his association with the Cartel, Rincon-Rincon was also in charge of a “Polla,” which involves the collection of money for the purchase of cocaine and its distribution to those who contributed to it. Several co-defendants testified that Rincon-Rincon would collect between $500 and $700 thousand from Gulf Cartel conspirators and then return with 100 to 120 kilograms of cocaine which would then be imported into the U.S. by Gulf Cartel associates. According to testimony, Rincon-Rincon conducted the “Polla” at least once per month from approximately 2003 to 2010.
An internal power struggle later developed that eventually led to a fire fight on October 25, 2011, at which time another plaza boss was killed. As a result, Rincon-Rincon and others fled into the United States and were captured by law enforcement on October 26, 2011.