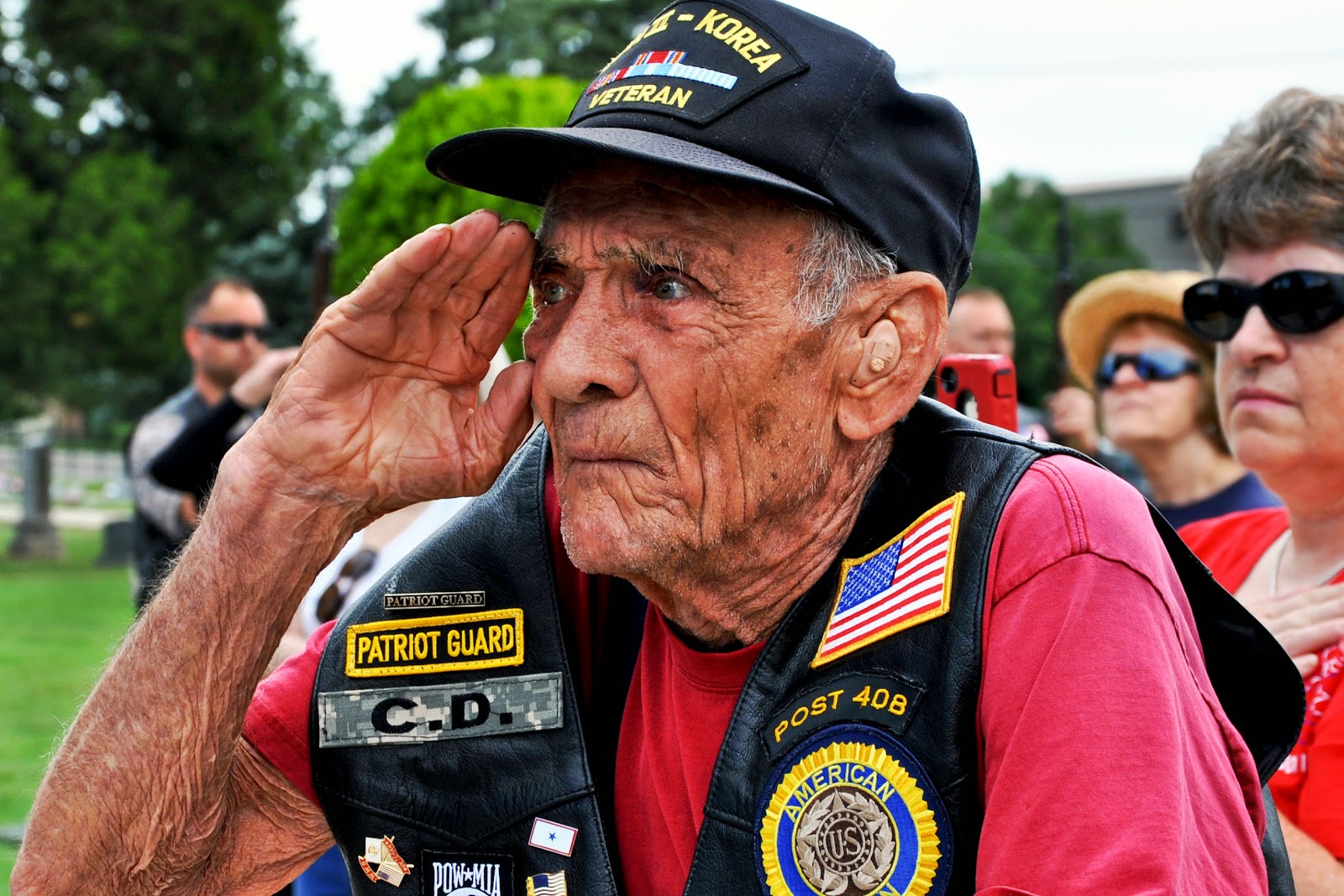 The above Defense Department released photo shows C.D. Studyvin, a veteran of World War II and the Korean War, saluting the U.S. flag during a Memorial Day ceremony at El Paso Cemetery in Derby, Kan on, May 26, 2014.

Members of the local American Legion and Veterans of Foreign Wars organizations conducted the ceremony, which drew veterans like Studyvin.
Posted by Paul Davis at 3:42 AM