Dominic West: It's Time For A New Flashman Film 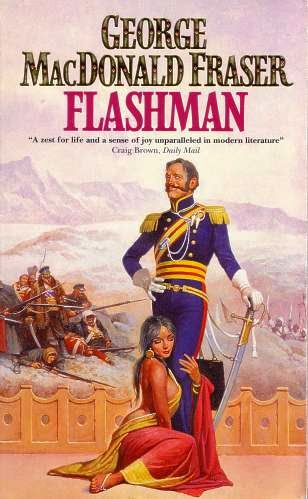 Anita Singh at the British newspaper the Telegraph offers a piece about actor Dominic West, who suggests that the time as come for a new film about George MacDonald Fraser's great character.

Dominic West has called for the “spectacularly politically incorrect” Flashman novels to be given the Hollywood film treatment and introduced to a new generation of readers.


West said the books, by the late George MacDonald Fraser, were a “forgotten gem” deserving of reappraisal.
Fraser took the character, who first appeared as the bully in Tom Brown’s Schooldays, and imagined a life for him in the British Army.
A coward, misogynist and scoundrel, Sir Harry Paget Flashman was immortalised in 12 novels – the first of which was mistaken for a memoir by some confused US critics.
The books continue to sell but West, an unabashed fan, said they deserve to be more widely read.