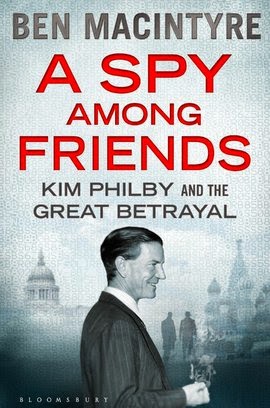 Dominic Sandbrook at the British newspaper the Daily Mail offers a response to playwright Alan Bennett's defense of the Cambridge Five spy ring.

One day in the late Eighties, during the dying years of Soviet communism, the spy novelist John le Carre was in Moscow for a literary reception.

In a quiet moment, a Russian journalist asked if he would like to come and meet one his fans. The admirer's name, he said, was Kim Philby - the most notorious traitor in modern British history, who had lived in Moscow since his defection in 1963.

Le Carre did not hesitate. He said no. Philby, he later explained, was 'a thoroughly bad lot, a naturally bent man'. He had lied to his friends, his family and his colleagues. He had betrayed his country to one of the cruelest regimes in the modern history. And he sent dozens, perhaps hundreds, of men to their deaths behind the Iron Curtain.

For Le Carre, to shake hands with such a man would have been unconscionable.

I thought of Le Carre yesterday when I read the playwright Alan Bennett's extraordinary defense of the Cambridge Five - Donald Maclean, Guy Burgess, John Cairncross and Anthony Blunt, as well as Philby himself.

You can also read Ben Macintyre's new book about Kim Philby,  A Spy Among Friends: Kim Philby and the Great Betrayal.

Note: Although I enjoyed John le Carre's early spy thrillers, the later ones are far too anti-American and politically shrill for my taste. However, I have to say that I admire le Carre for his refusal to met Philby in Moscow.
Posted by Paul Davis at 3:50 AM