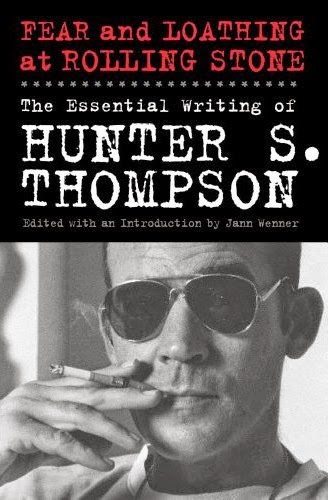 Hunter S. Thompson was a talent all his own, a breed of genius rarely seen. Tom Wolfe, the godfather of New Journalism, compared Thompson to none other than Mark Twain, calling Thompson, “the century's greatest comic writer.”

Thompson grew up in Louisville, specifically in Cherokee Triangle, and attended Male High School. He showed a gift for writing early on, and was inducted into the Athenaeum Literary Association, Male’s exclusive literary club. His small involvement in a liquor store robbery prevented him from graduating high school, so he joined the Air Force. There, Thompson began his career in journalism, later lying his way into a position as a sports editor for a small newspaper, claiming credentials he didn’t have.

With “The Kentucky Derby is Decadent and Depraved,” an early article for the short-lived magazine, Scanlan’s Monthly, Thompson introduced “Gonzo journalism,” his trademark style. Gonzo stands out from traditional journalism as more subjective, less about the facts and more about a story’s experience. Gonzo journalism loves exaggeration, hilarity, and sarcasm – traits that defined Thompson.

Thompson became known for pieces like Hell’s Angels: A Strange and Terrible Saga, Fear and Loathing in Las Vegas: A Savage Journey to the Heart of the American Dream, and Fear and Loathing: On the Campaign Trail ‘72. Despite his literary success, Thompson is typically viewed as a maniac in popular media, a drug-addled, booze-ridden lunatic. For a lot of people, he’s more famous for being, “that drug guy,” which is fair enough…but not enough. They’re missing out on great literature. He was the best of a generation.