In Defense of Capital Punishment 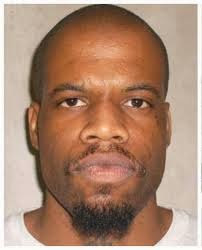 Jonah Goldberg at National Review offers a piece in defense of capitol punishment.

Last week the state of Oklahoma “botched” an execution.


Botched is the accepted term in the media coverage, despite the fact that Clayton Lockett was executed. He just died badly, suffering for 43 minutes until he eventually had a heart attack.
... As for Lockett, he was entitled to a relatively painless and humane execution under the law. As for what he deserved in the cosmic sense, I suspect he got off easy.


He and his accomplices abducted two teenage girls (as well as a man and his baby). One of them, Stephanie Neiman, refused to say she wouldn’t tell the police, so Lockett shot her with a shotgun. But she didn’t die. He ordered his accomplices to bury her alive. Here’s an AP summary of his crimes, in addition to first-degree murder: “conspiracy, first-degree burglary, three counts of assault with a dangerous weapon, three counts of forcible oral sodomy, four counts of first-degree rape, four counts of kidnapping, and two counts of robbery by force and fear.” Maybe you can weep for the man. I can’t.
You can read the rest of the piece via the below link:
http://www.nationalreview.com/article/377351/defense-capital-punishment-jonah-goldberg
Posted by Paul Davis at 12:25 PM