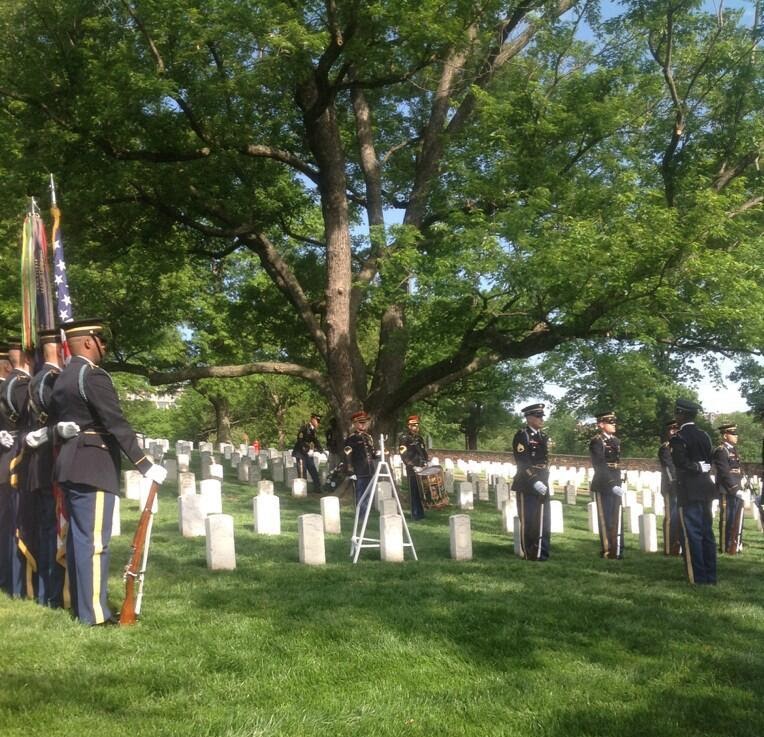 Amaani Lyle at the American Forces Press Service offers the below piece on Armed Forces Day:

Marine Corps Sgt. Maj. Bryan B. Battaglia joined the services' senior enlisted leaders, each of whom affixed their seals to the ceremonial wreath at the Tomb of the Unknowns as the U.S. Army Band played Taps.

"Like many burial grounds, here are housed and harbored America's heroes -- the hundreds of thousands of men and women who for more than 238 years proudly wore the cloth of our nation," Battaglia said.

The sergeant major said that President Harry S. Truman led the effort to establish a single-day opportunity for citizens to thank service members for their patriotism in defense of the nation.

On Aug. 31, 1949, Battaglia said, Defense Secretary Louis Johnson announced the creation of Armed Forces Day, a single-day celebration recognized annually on the third Saturday in May.

"The wreath we laid, placed in honor of our fallen and because our comrades in arms who rest here throughout the rolling hills and sacred grounds, though in spirit ... still serve ... we celebrate Armed Forces Day with them," Battaglia said.

Arlington Cemetery, he said, is a proper place to observe Armed Forces Day.

"Here we are encircled among those brave and courageous men and women past and present, currently serving, active and Reserve, National Guard, living veterans and our fallen who proudly serve our country," he said. "What ... better place for us to thank those in uniform who play such a critical part protecting America's freedom and liberty and those entrusted with safe-guarding our national code?"

Battaglia also recognized deployed service members, who he said are "standing the watch, patrolling the perimeters, and eliminating the threat."
Posted by Paul Davis at 4:45 PM