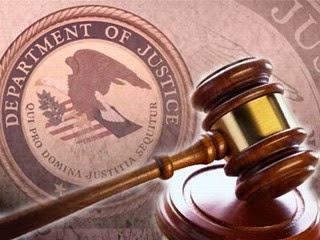 The U.S. Justice Department rleased the below information on May 19th:

Preet Bharara, the United States Attorney for the Southern District of New York, today announced the conviction of Mustafa Kamel Mustafa, a/k/a “Abu Hamza,” a/k/a “Abu Hamza al Masri,” “Abu Hamza,” for his participation in a hostage-taking in Yemen in 1998 that resulted in four deaths, a conspiracy to establish a terrorist training camp in Bly, Oregon, in 1999, and supporting violent jihad in Afghanistan in 2000 and 2001. Following a four-week trial and two days of deliberations, the jury convicted Abu Hamza of each of the 11 charges that he faced. Abu Hamza is scheduled to be sentenced on September 9, 2014, before U.S. District Judge Katherine B. Forrest, who presided over the trial.

Attorney General Eric Holder said, “In both word and deed, Abu Hamza supported the cause of violent extremism. His conviction is as just as it was swift. This case is all the more noteworthy since it continues a trend of successful prosecutions of top terrorism suspects in our federal court system. With each efficiently delivered guilty verdict against a top al Qaeda-linked figure, the debate over how to best seek justice in these cases is quietly being put to rest.”

Manhattan U.S. Attorney Preet Bharara said, “Once again, the men and women of this office and the FBI have brought a notorious terrorist before the bar of American justice and once again the men and women of an American jury, having weighed the evidence, have found him guilty beyond a reasonable doubt. We are gratified that the jury has returned a unanimous verdict of guilt against Mustafa Kamala Mustafa, also known as Abu Hamza. The defendant stands convicted not for what he said but for what he did. Abu Hamza was not just a preacher of faith but a trainer of terrorists. Once again, our civilian system of justice has proven itself up to the task of trying an accused terrorist and arriving at a fair and just and swift result. As we have seen in the Manhattan federal courthouse in trial after trial—of Ahmed Ghailani, of Suleiman Abu Ghayth, and now of Abu Hamza—these trials have been difficult, but they have been fair and open and prompt. These trials demonstrate that in an American civilian courtroom, the American people and all the victims of terrorism can be vindicated without sacrificing our principles. And that is one reason our civilian court system is admired the world over.”

As alleged in the Indictment against Abu Hamza and established by the evidence admitted at trial:


Efforts to Create a Terrorist Training Camp in Bly, Oregon, in 1999
In late 1999, Abu Hamza and several co-conspirators, including Oussama Abdullah Kassir, Haroon Rashid Aswat, and others, attempted to create a terrorist training camp to support al Qaeda on property located in Bly, Oregon. The primary purpose of the Bly, Oregon camp was to provide various types of terrorist training, including weapons training. In late November 1999, at Abu Hamza’s direction, Kassir and Aswat traveled from London, England, to Bly to assist in setting up the camp. Kassir brought with him to the camp a manual on the use of sarin nerve gas and letters of appreciation to Osama bin Laden and Abu Hamza. Aswat subsequently was present at an al Qaeda guest house in Pakistan.

On May 12, 2009, after a four-week jury trial in this District, Kassir was convicted of various criminal offenses, including conspiring to provide material support to terrorists and to al Qaeda and conspiracy to kill persons overseas, as a result of Kassir’s participation in the efforts to establish the Bly terrorist training camp. On September 15, 2009, United States District Judge John F. Keenan sentenced Kassir to multiple terms of life in prison. The conviction was subsequently affirmed by the Court of Appeals.

Aswat was arrested in Zambia in July 2005 and then deported to England, where he was arrested at the request of the United States, pursuant to a warrant issued in this District. The extradition proceedings against Aswat are currently pending.

In addition, from the spring of 2000 through late 2001, Abu Hamza provided goods and services to the Taliban by, among other things, directing Ujaama to deliver money to Taliban-controlled parts of Afghanistan.

Ujaama was arrested in 2002 and testified against Abu Hamza as a cooperating witness for the government.

Abu Hamza, 56, a naturalized citizen of the United Kingdom, was extradited from the United Kingdom to the Southern District of New York in October 2012. The 11 offenses of conviction carry the following maximum penalties:


The maximum potential sentences in this case are prescribed by Congress and are provided here for informational purposes only, as any sentencing of the defendant will be determined by the judge.
The arrest, extradition, and conviction of Abu Hamza was the result of the close cooperative efforts of the United States Attorney’s Office for the Southern District of New York, the FBI, the NYPD, the United States Marshals Service, and New Scotland Yard in the United Kingdom.

Mr. Bharara expressed particular appreciation to the U.S. Department of Justice Office of International Affairs for its extraordinary assistance with the extradition in this case. Mr. Bharara also thanked the FBI’s Seattle Field Office, the Home Office of the United Kingdom, the U.S. Department of Justice National Security Division, and the United States Department of State for their assistance.
The case is being handled by the Office’s Terrorism and International Narcotics Unit.